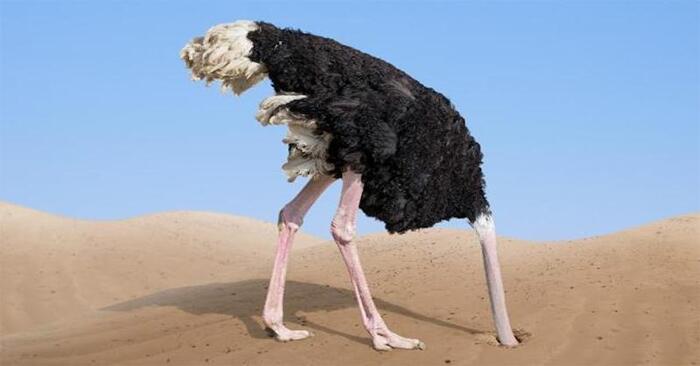 Everyone has heard that the ostrich hides its head in the sand in case of danger.

Many perceive this as the truth, although in reality it is not so at all. 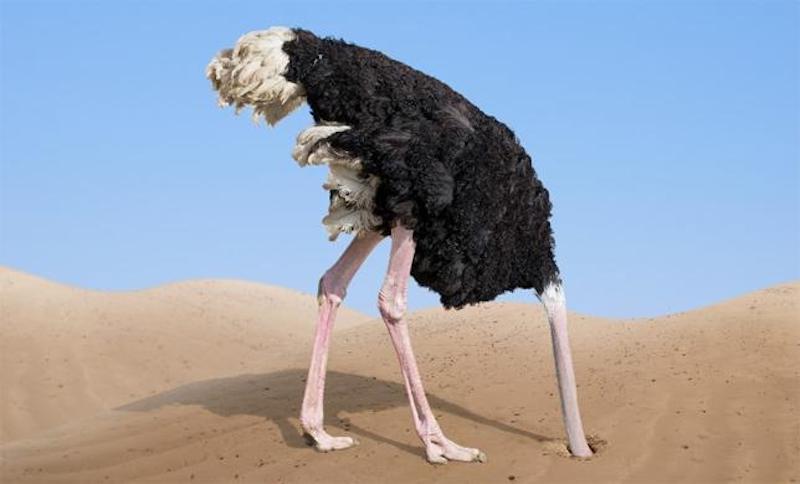 But where did such a statement come from? It turns out that the Roman writer and philosopher Pliny the Elder wrote about this for the first time. In his treatise, he mentioned that burying his head in the ground, the ostrich believes that he hid completely, thus hiding from his pursuers.

But these flightless birds don’t actually bury their heads in the sand, they just lean their heads very close to the ground. And this happens in several cases: when they are very tired from the chase and exhausted, when they try to eat pebbles that help them digest food, or to hear if enemies are approaching.

The instinct of self-preservation in ostriches is well developed, therefore, in case of danger, they do not hide their heads, but discourage their opponent with cunning – they sharply change the direction of their run, and while the enemy is trying to orient themselves, they quickly disappear from view.