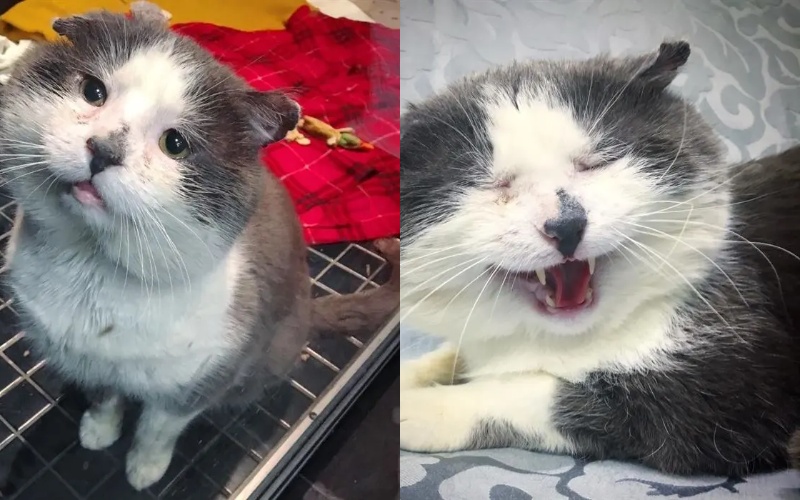 Here is Barnie. When the cat was 6 years old, he became very ill and was taken to a veterinarian. The natives fed him but no one wanted to do more. When the residents took him for a medical examination, it turned out that he had sterilized the cat’s milk, he had many wounds and I was suffering from feline AIDS. He smelled us and his eyes were constantly watering.

Barney had difficulty breathing and had many problems, but he only needed good treatment. After two months of treatment, she was ready for sterilization.

Patricia and Matilda were with him throughout the treatment. At first he was very cowardly, constantly running away from people and loud noises. But things changed when she was taken care of. The guardians say that he changed a lot and adapted. “He found the house where he would be loved and well cared for,” say the rescuers.

“He always tries to attract the attention of his new family members.”

Barnie finally had the family of his dreams.