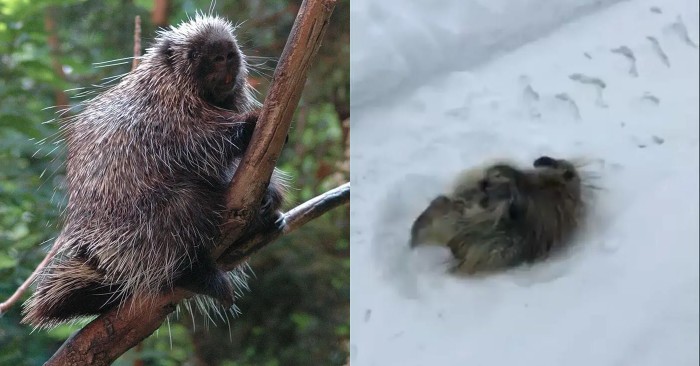 The woman decided to inspect the strange object, and made a discovery.

Raylene from Saskatchewan, Canada was driving home from work when she noticed a ball of wool in the snow.

She decided to inspect a strange object: a hungry porcupine was struggling to get out from under the snow.

Realizing that the animal was in trouble, Raylene immediately set to work. Coming closer, Raylene saw the animal lying on its back.

In the end, it became obvious that Raylene’s assumptions were correct, so she decided to help the poor fellow. She took out a small shovel and cautiously approached him. With the help of a tool, she was able to turn the animal on its stomach.

The animal wanted to cross the snowdrifts and return to the forest. However, due to heavy snowfall, he was unable to do so. Again, with the help of a snow shovel, Raylene cleared a path for the prickly creature, which eventually returned to the forest.

It’s always nice to help others, isn’t it?