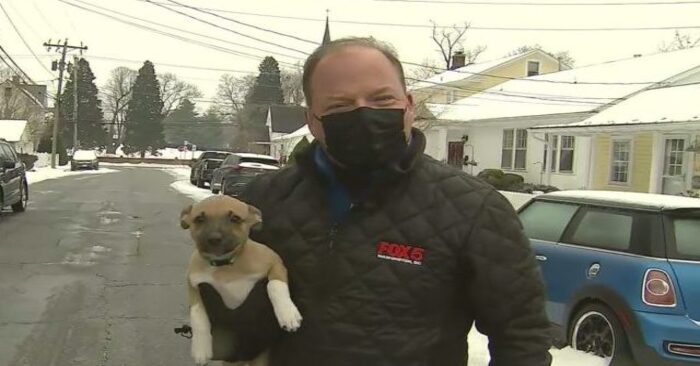 The reporter had the sweetest reaction when he saw the dog.

What could be better than speaking live? Well, that’s exactly what this cute little puppy thought when he surprised the weather reporter.

The reporter has the sweetest reaction when he realizes what the puppy’s true intentions are, and now they’re both going viral.

When Fox5 reporter Bob Barnard started reporting the weather live from Leesburg, northern Virginia, he had no idea it would go viral. 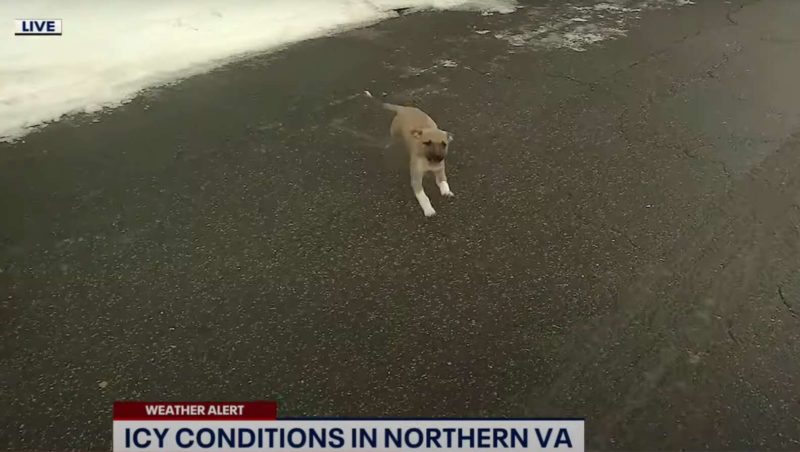 Not how he showed the icy conditions that made him an internet celebrity, but a random pup who decided to join him. Right after the live coverage started, a charming man appeared out of nowhere with only one thought: to have fun.

The friendly puppy immediately jumped up to lick the reporter’s face and play with him.

Even on live TV, Bob didn’t blink twice and started hugging the little invader in a touching scene. 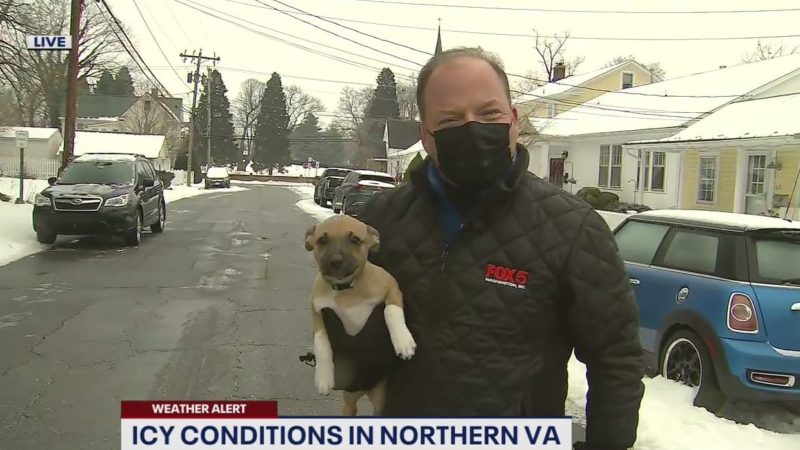 A few minutes later, the owner of the puppy came to pick up her little companion and apologize for everything. She said her dog Pierogi jumped over the gate and ran straight to Bob.