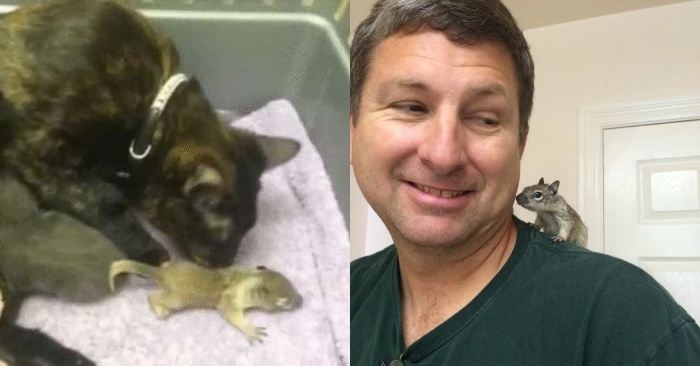 The foster mother loves the cutest squirrel as much as her own baby kitties.

This cat lives in a loving family. She gave birth to 6 charming babies, for whom she became a caring mother.

Once the owner and his children found a squirrel on the ground in the garden.

They tried to find the nest from which he had fallen, but could not see him. 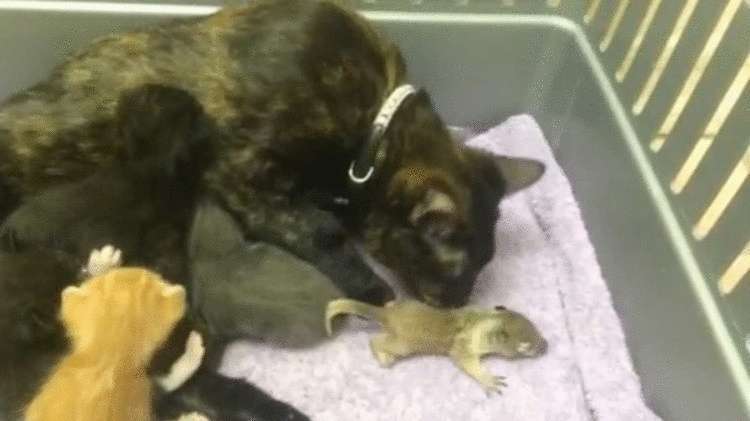 The mother cat immediately began to lick the baby. 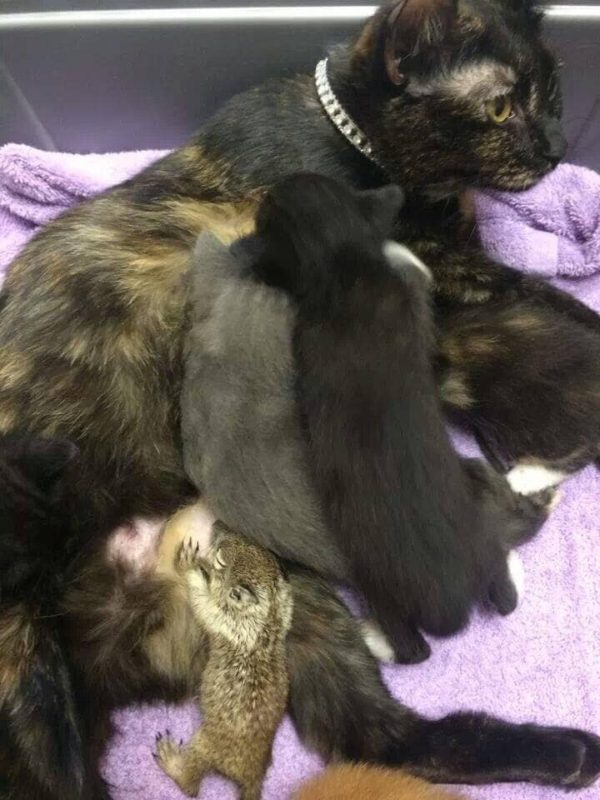 The newborn has successfully settled down in a new family, eats well and grows.

The foster mother loves the cutest squirrel as much as she loves her babies. 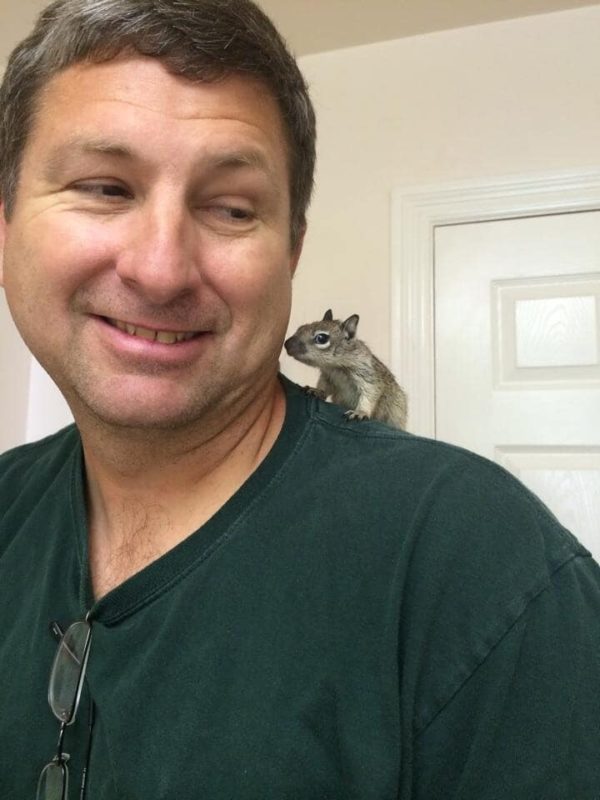 Thanks to this family and their kind cat, this animal did not die. On the contrary, he enjoys the warmth of his new mother and brothers and sisters.