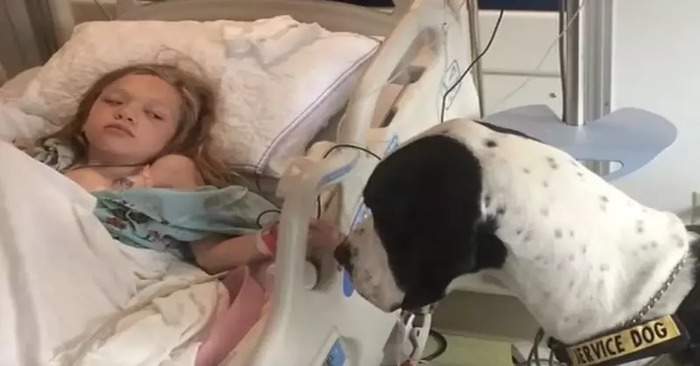 Everything has changed in the life of this girl when she met a service dog.

Bella Barton is a 13-year-old girl from New Hampshire who was born with a very rare condition called Morcio syndrome.

Because of this, the teenager could no longer walk, and she never thought that she would ever be able to do it again. But that all changed when she met George, a 2-year-old gentle giant service dog. It took Bella just six months in George’s company to walk again. “The muscles in my legs became very weak and it was difficult for me to walk, but when I got George, it kind of made me walk,” she explained. Bella’s family found out about her disorder when she was about two years old, and since then they have tried various treatments, but none of them helped her.

Then they just heard about service dogs and decided to give it a try. That’s how Bella was matched with George. This happened as part of the Service Dogs Project in Ipswich, Massachusetts, where he was a volunteer. “As soon as we saw Bella with the dogs, how she was always in such a good mood and loved going there, we thought, ‘What are we waiting for?’ Bella’s mother Rachel asked.