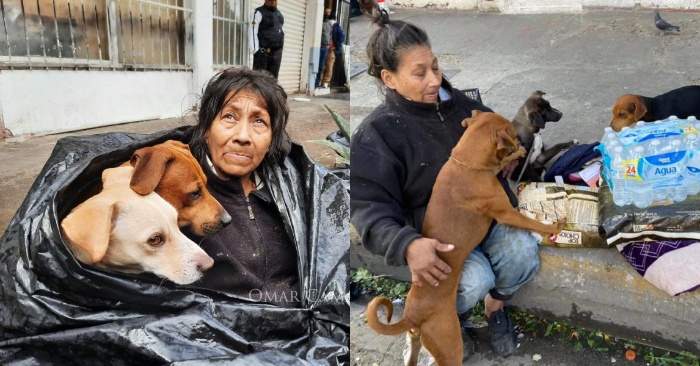 A woman’s devotion to her dogs prevents her from going to the shelter alone.

We all know that dogs are always loyal to their owners and do their best to protect us. 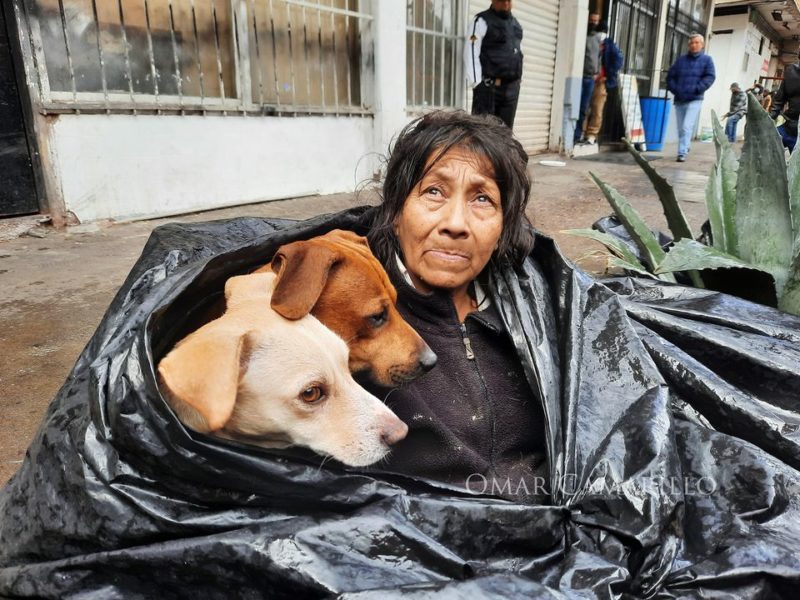 A woman living in Tijuana does not go to the shelter because she is not allowed to take her dogs with her.

A picture of this woman once circulated widely, showing her sitting in a large garbage bag with her dogs gathered around her. 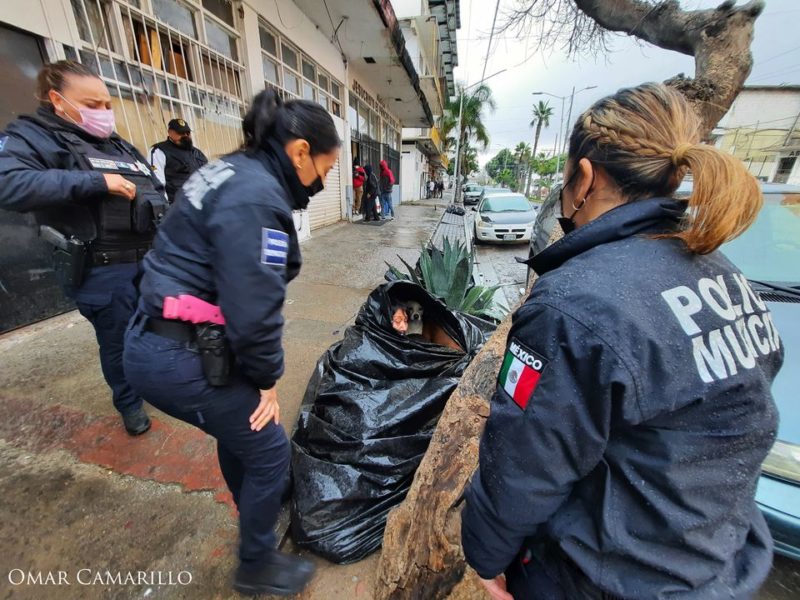 Each time she was persuaded to go to the shelter, but she refused. When the police came and told her she had no choice, the woman said she wasn’t going back there. 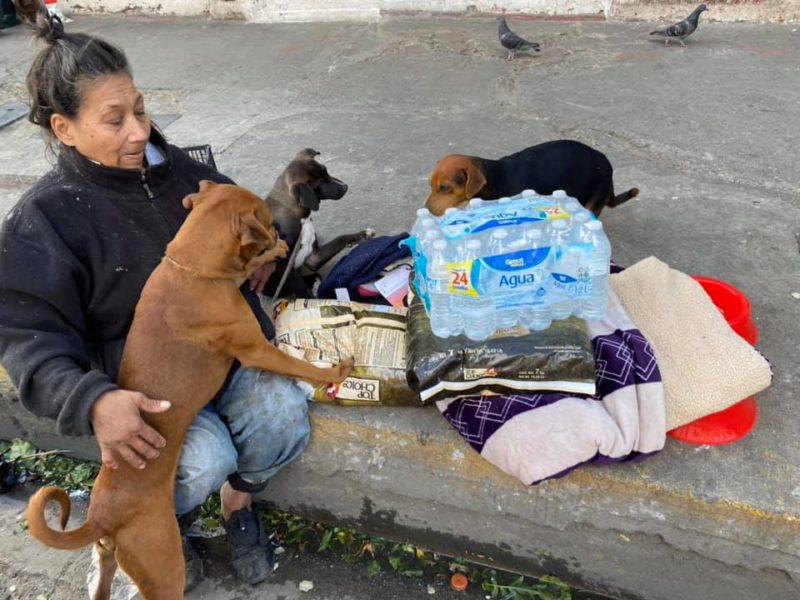 She decided to spend the night with her son that day, and the next day she immediately went to see the dogs.

The police noticed her again and decided to take her to the shelter with the dogs.

She dreams of having a home so she can take care of the dogs in her home.