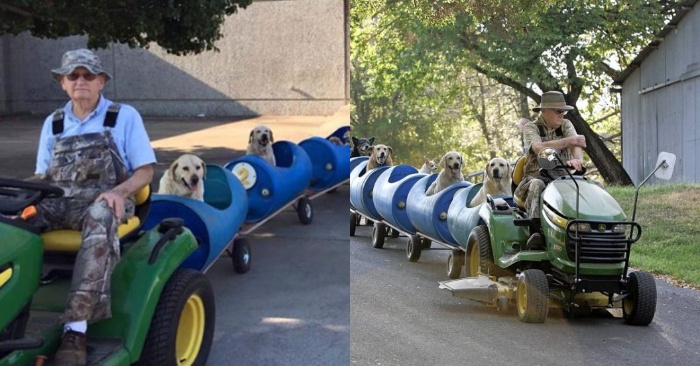 Special thanks to this man who takes care of the dogs and makes them happy.

When people get old they will have more time and desire to do what they have always loved.

For example, Eugene Bostick of Texas is an 80-year-old man who worked as a train attendant until he retired.

He now drives one of the coolest trains in the world. The homemade train is a favorite place for rescued dogs. 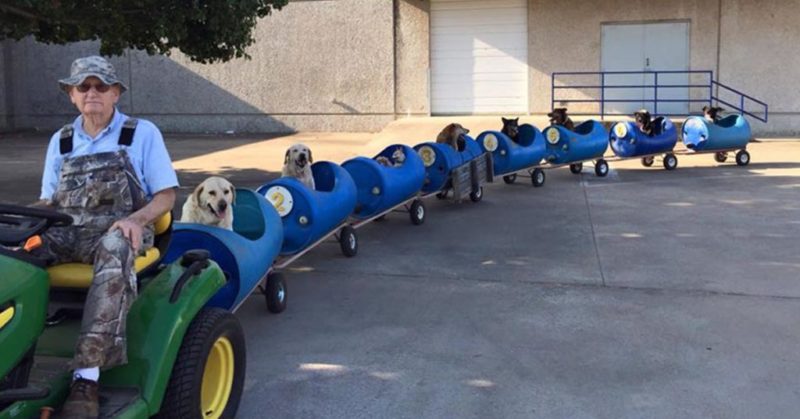 This man says he never decided to dedicate his life to dogs. When he saw that people were not only indifferent but cruel to animals, he decided to save them. 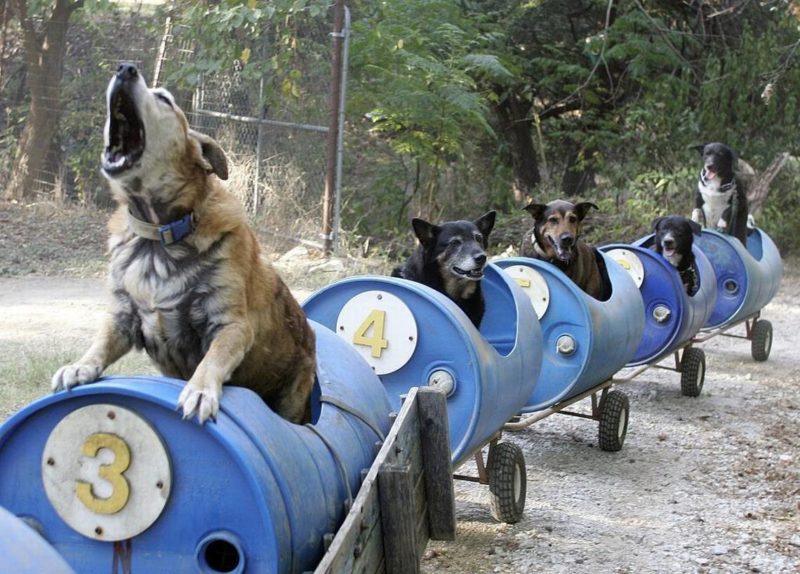 Soon it became difficult for the man to walk his dogs because of the number of them. Importantly, he found a way to attract them all.

The retired man was inspired by a tractor driver who attached a machine to his rock collecting carts.

Now the man got plastic barrels and drilled holes in them and put wheels under them.

So the train was ready. 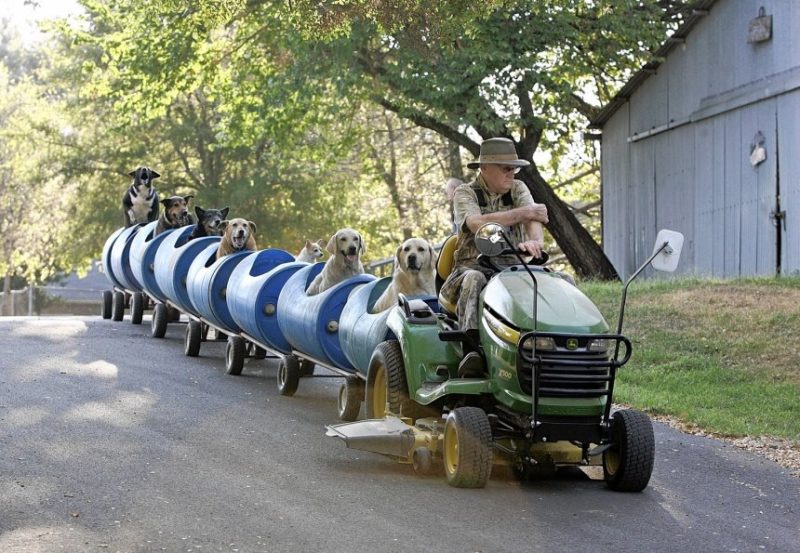 He takes the abandoned dogs on the trip.

We wish people like this man would dedicate their golden years to street dogs.