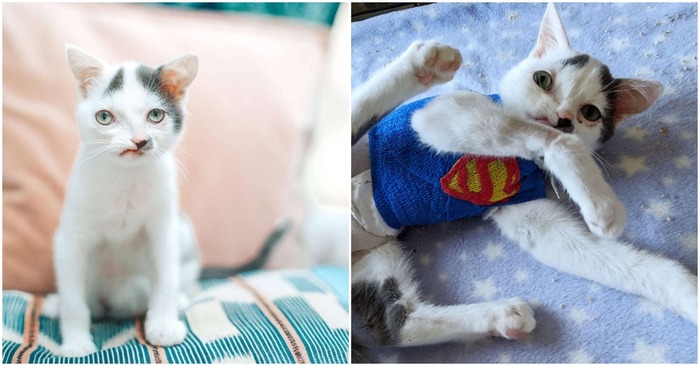 A cutie with crocked face, that needs just to be loved as he is

When Jacqueline Santiago saw the photos of Pinocchio for the first time, she considered him extraordinary.

But she didn’t know how amazing the small slender cat with big blue eyes and a snaggletooth was until she met him. 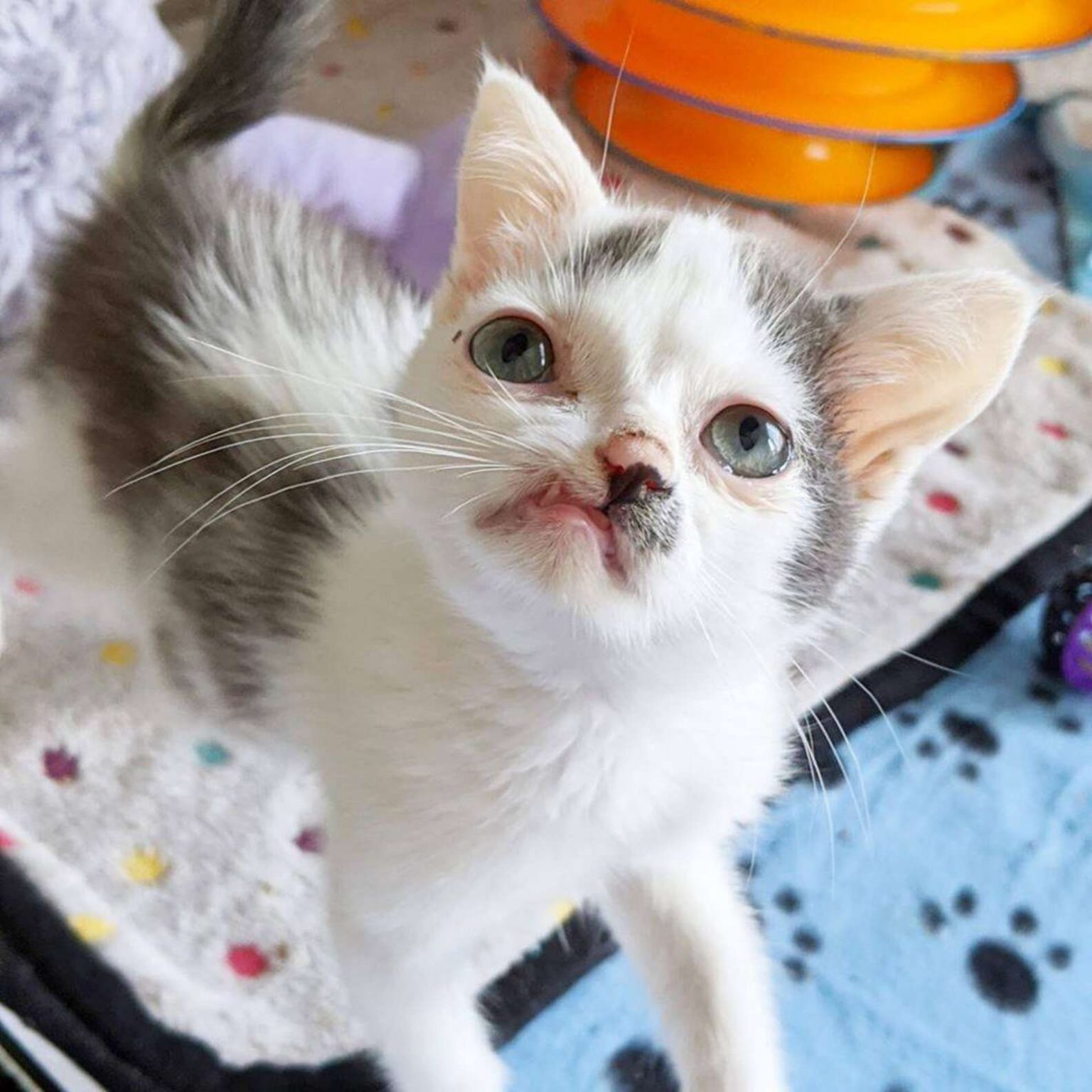 The owner of the animal shelter named Santiago told: “I wasn’t able to see what was wrong with his face.”

Pinocchio was born with a anomaly, that gave him a twisted appearance. He can only eat wet food because of his crooked jaw. He had a big umbilical hernia, that needed operation. Happily the organisation has a vet on staff, they specialise in special needs cases. 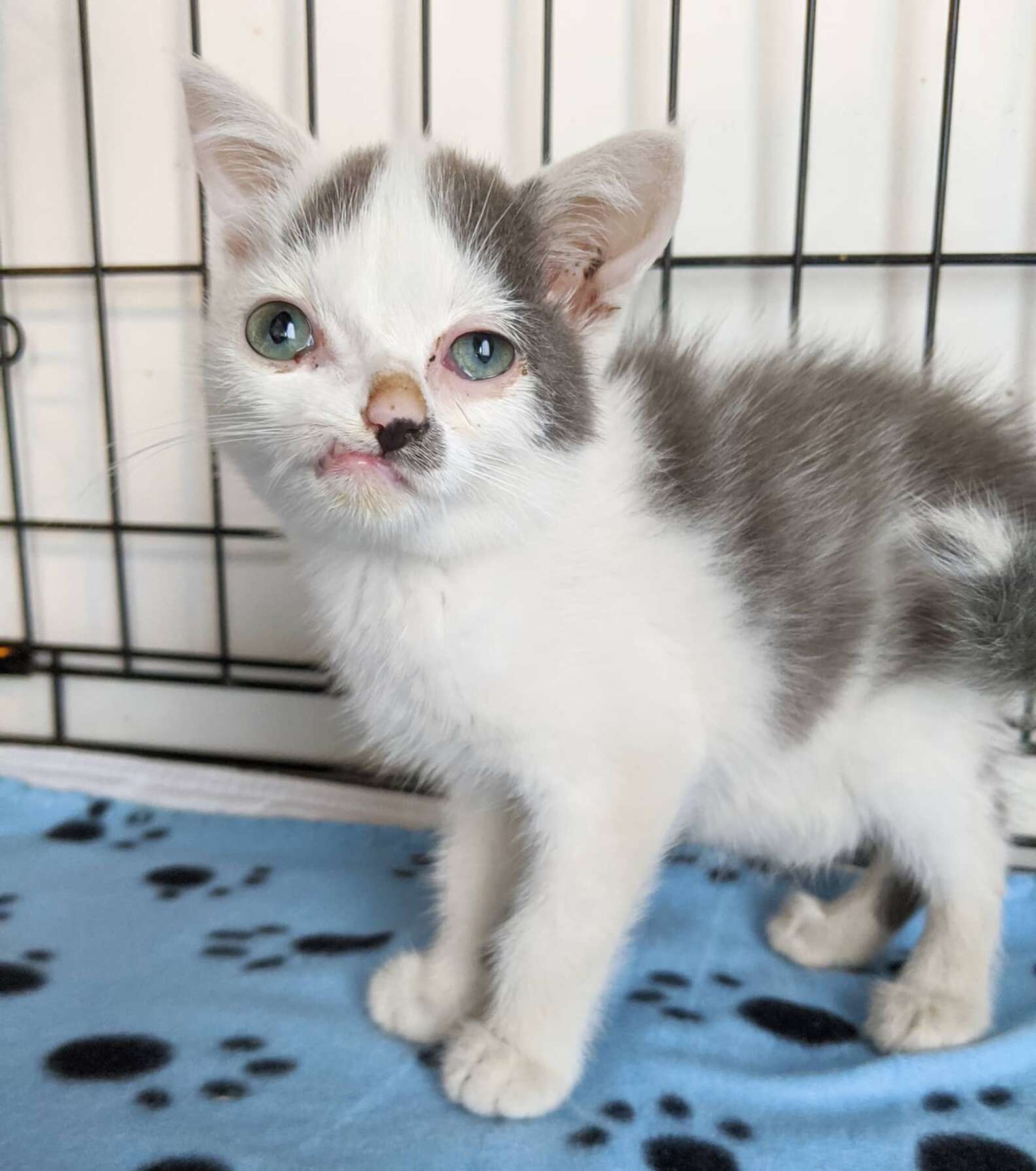 When Santiago saw the little kitten he doesn’t know that he was any different.

Santiago told: “He was completely sweet at first meeting, he purred all the time.”

“He jumps to anyone, who enters the room and rests on their shoulders. He adores playing and jumping around. He is really sociable, who adores even other cats and dogs.” 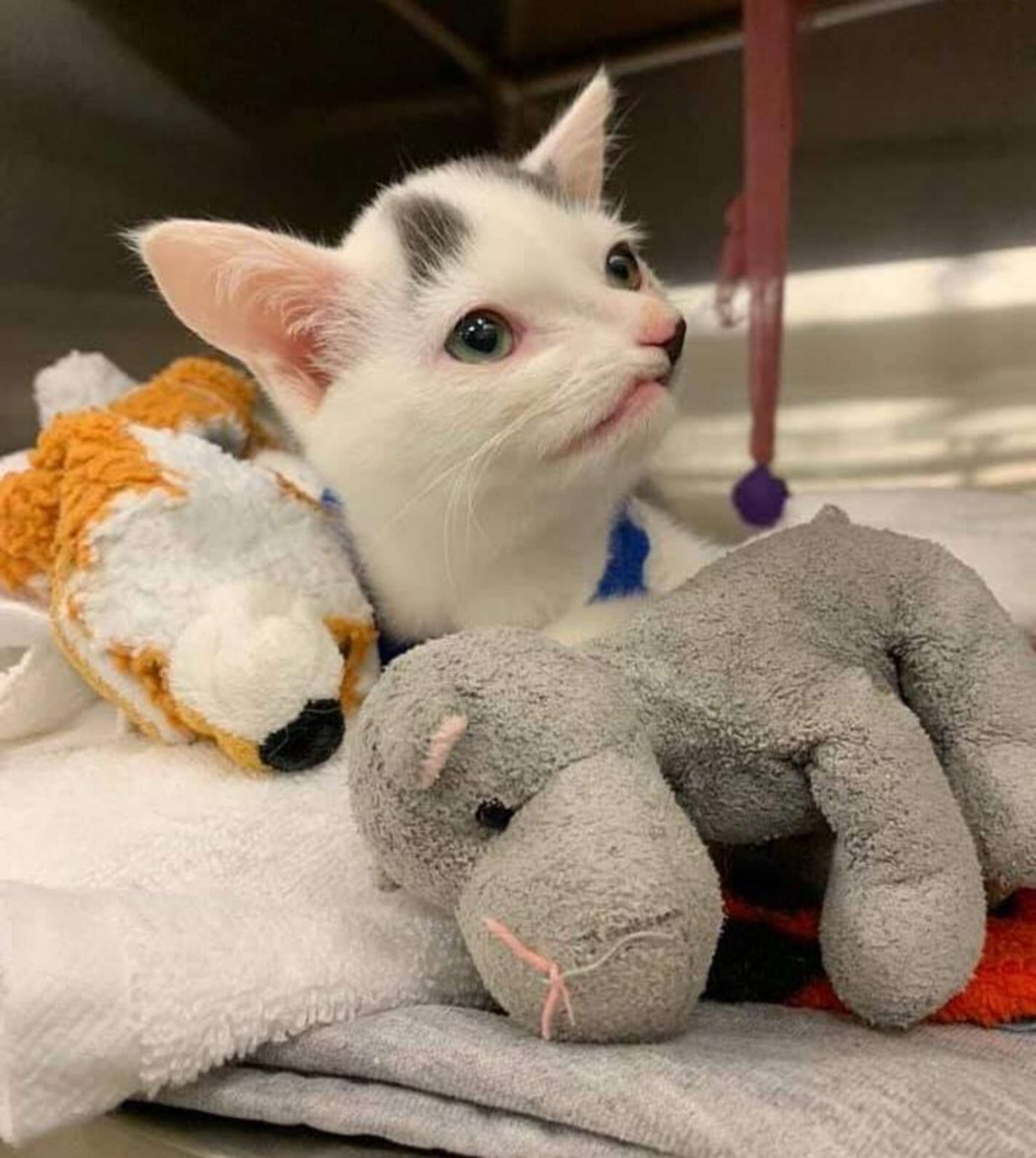 Pinocchio had health problems while he was cared in a foster home and he had to be operated.

The medical personnel loved him so much, that they gave him a Superman costume to cover his sutures. And at the next check up they also gave him a matching red cape. 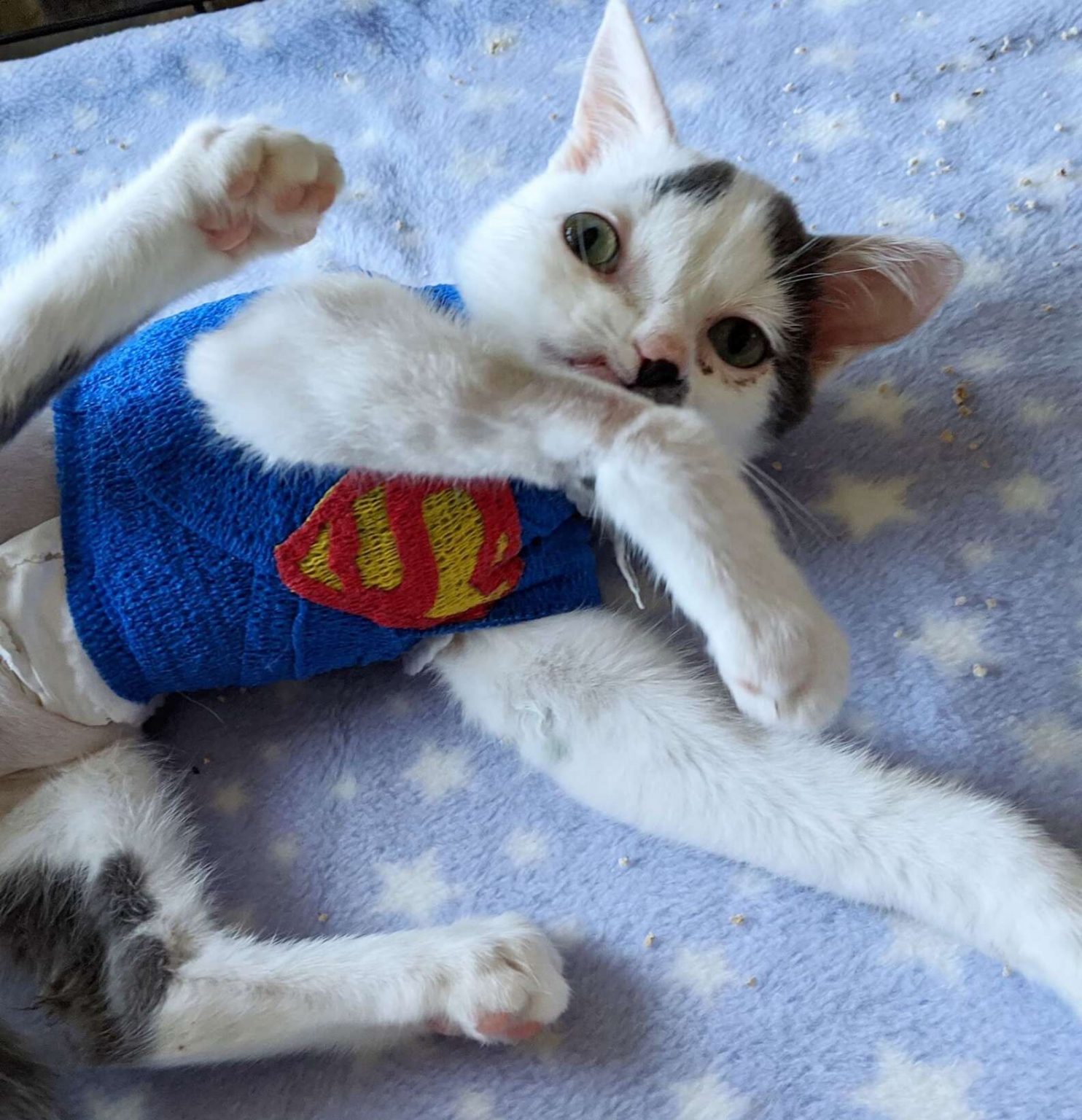 Pinocchio is already feeling well, but because of his medical concerns he won’t be able to be adopted for some time. “We don’t accept any applications for his adoption until we clearly understand his future needs. We know his needs now, but they may change after fully treatment.” 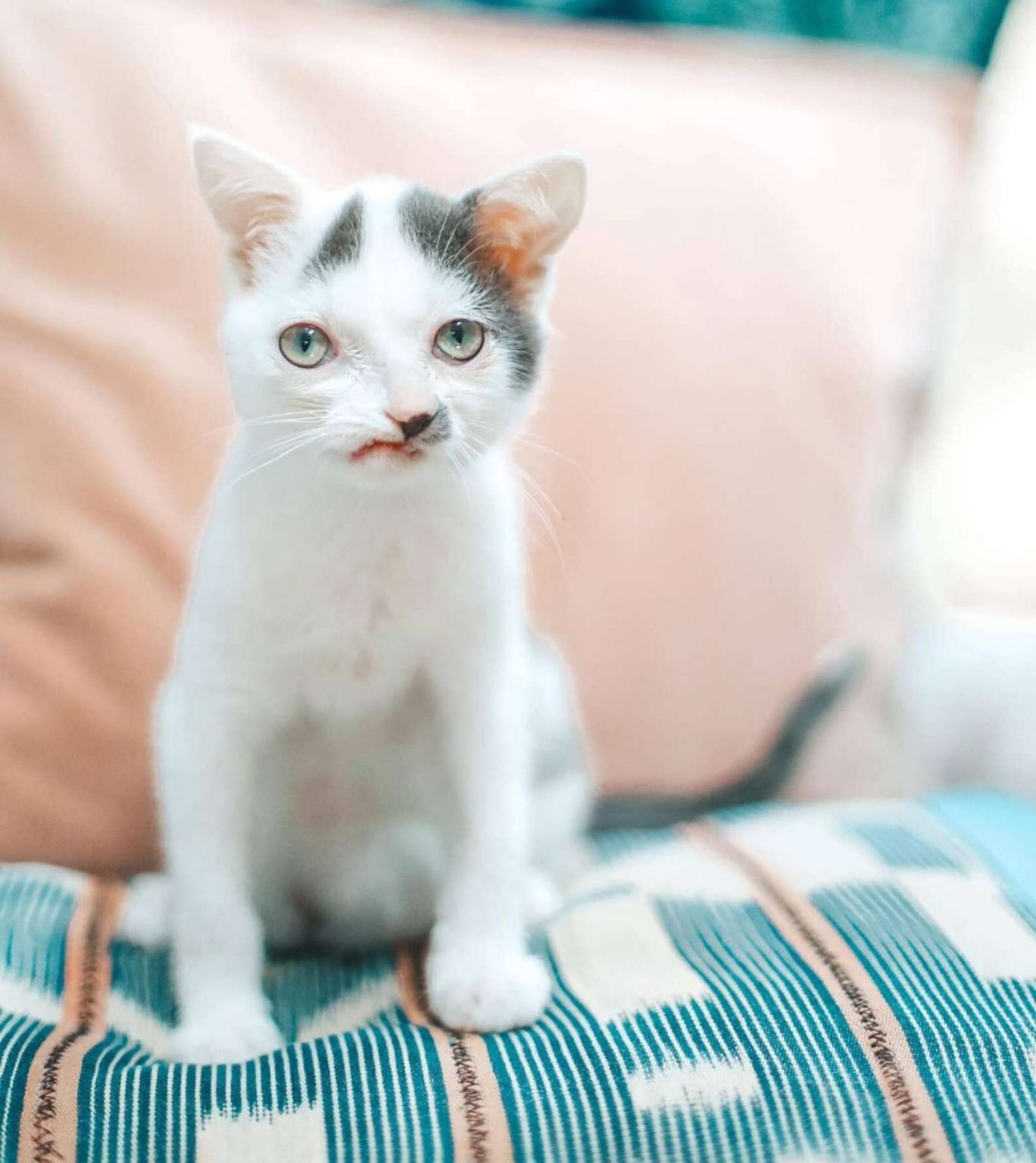 After the treatment Pinocchio will need a family, that will love him just as he is.