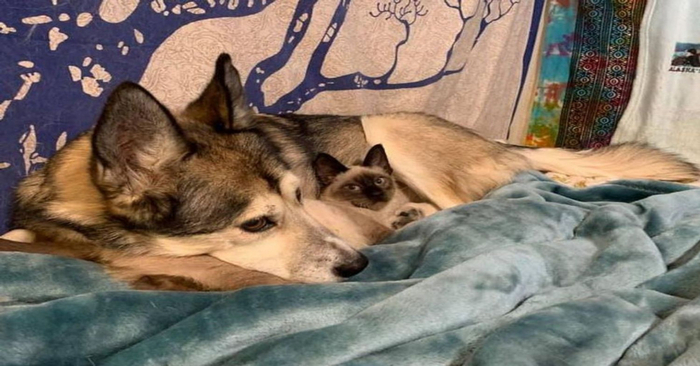 A wonderful friendship was born between a dog and a cat suffering from a disease.

Junipurr, a Siamese hybrid cat, was delivered to Mojo’s Hope, an organization based in Anchorage, Alaska. He was shaking and moving uncontrollably due to a neurological condition called cerebral hypoplasia, reports Love Meow. It is a disorder that affects balance and coordination. 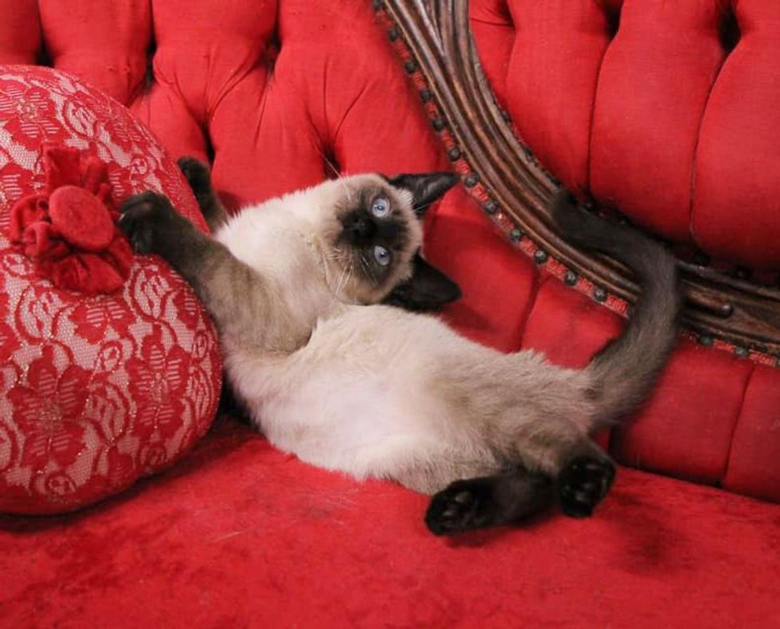 This did not prevent him from being filled with energy and enthusiasm. Shannon Basner, founder of Mojo’s Hope, quickly realized this by inviting him into her home. Junipurr quickly settled into her new home and immediately started playing with her many toys.

Shortly after arriving, the cat met Cinder, the family dog. This female Siberian Husky was rescued from stray dogs.

She is always very caring and kind to the animals that her owner adopts. Cinder comforts them and helps them regain their confidence. 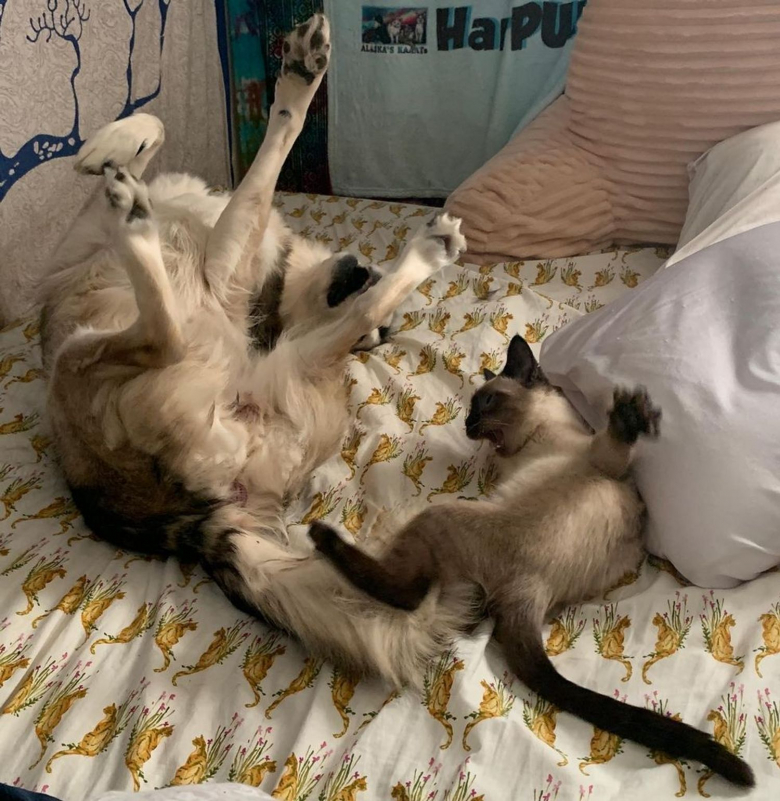 She did the same with Junipurr. It was the latter who rushed towards her. At first, Cinder was a little overwhelmed by her new girlfriend’s uncontrollable movements, but it only took her a few minutes to get used to them. The incessant purring of a cat indicates that she is happy and feels good when she is around. 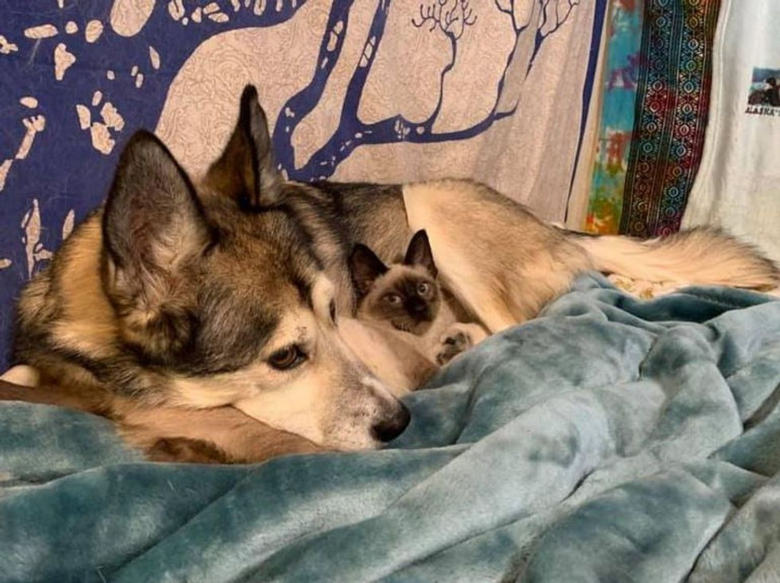 “Junipurr loves to lay in my arms while I sing him a lullaby,” shares Shannon Basner.