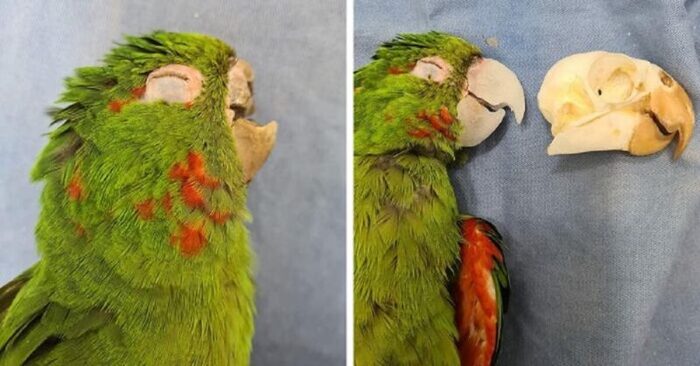 Animal lovers caught a parrot whose beak was severely damaged.

A parrot found by animal rights activists in Brazil looked doomed, but veterinarians gave it a new beak and miraculously gave the bird a new life.

In the Brazilian municipality of Planura, animal lovers caught a parrot whose beak was badly damaged and almost disappeared.

The beak is an important organ for a parrot, because birds use it to eat, move and defend themselves. It seemed that the bird was doomed to death, but people still decided to try to help her. 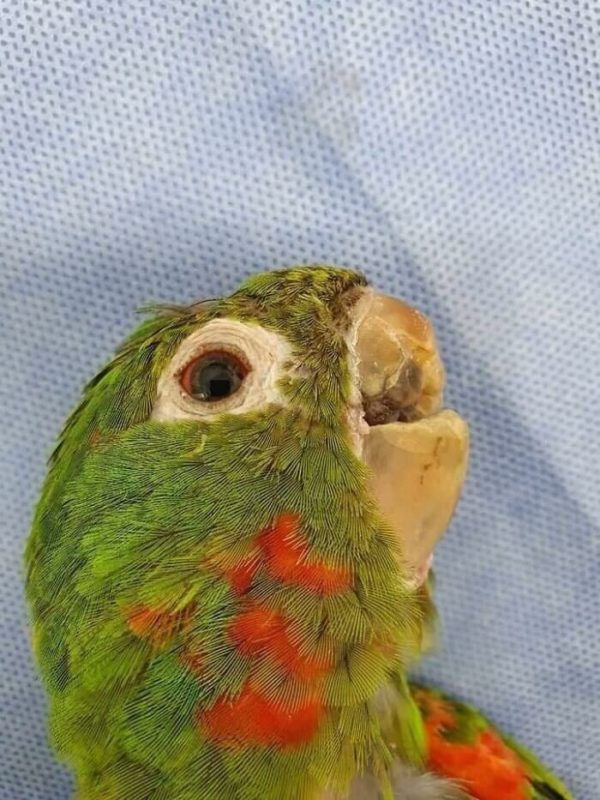 The disabled parrot was taken to the Renascer ACN Animal Rehabilitation Center in the municipality of Planura.

The rehabilitation center in Planura helps both domestic and wild animals to return to life even after very serious injuries.

“The parrot came to us in a critical condition, practically without a beak,” said Paulo Roberto Martins Nunzata, director of the Rehabilitation Center. 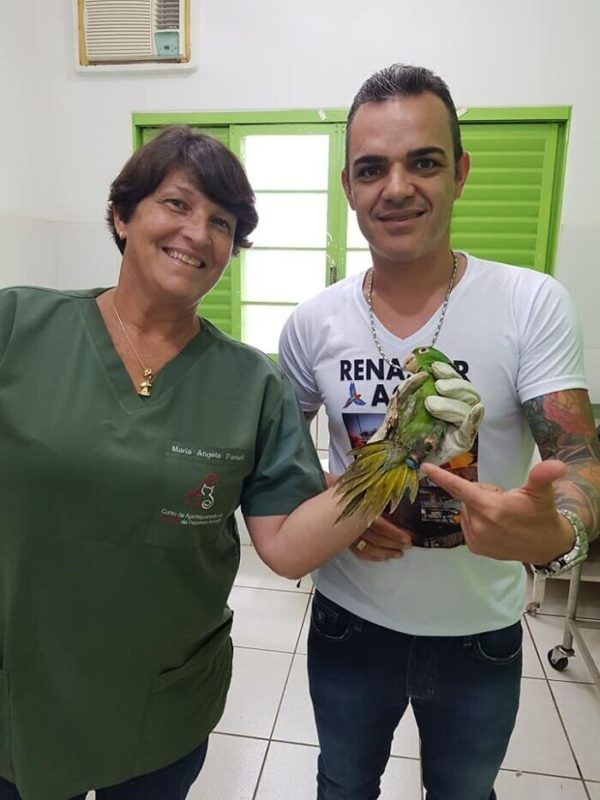 Maria Angela Paneli Marcio, veterinarian of the Rehabilitation Center, is one of the best orthopedic veterinarians in the country, with extensive experience in the rehabilitation of animals after severe injuries with the help of individual plastic prostheses. 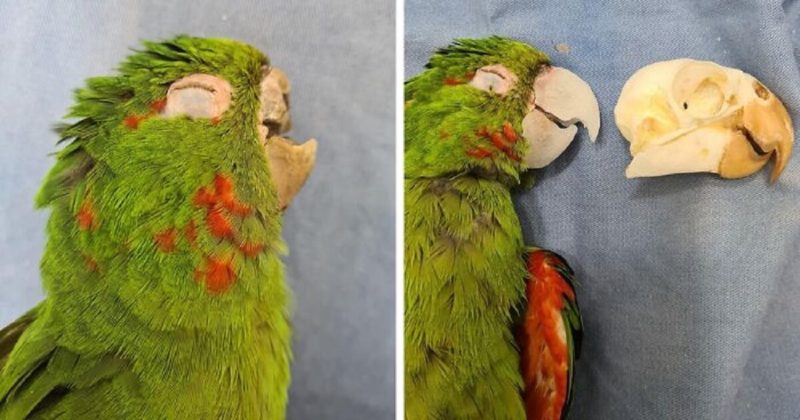 He decided to try making a prosthetic beak for an injured parrot.

We decided to make a prosthetic beak for the parrot. The task was difficult: the prosthesis had to not only look, but also work like a real beak.

The prosthesis is made of a synthetic vinyl polymer, polymethyl methacrylate.