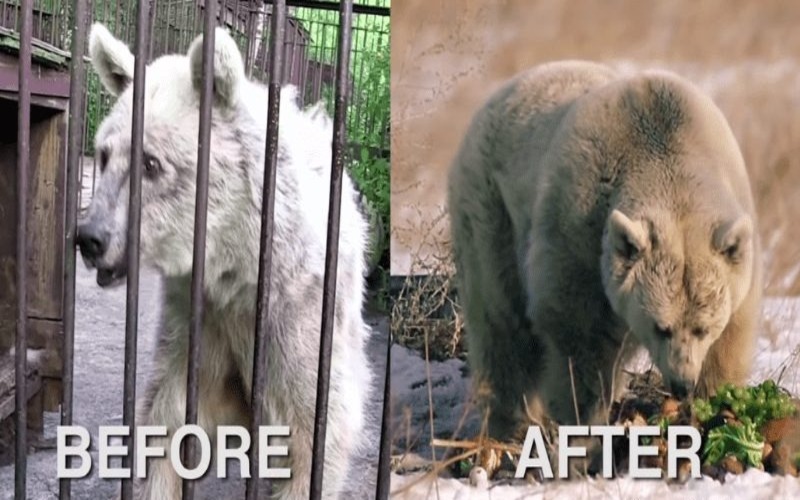 The bears had to go through a lot of torment until they got rid of the narrow cages.

It is very bad when the fate of animals is in the hands of people. Some of them treat animals very well, some very cruelly.

Picahontas, Fifi, Bruno and Marsha are the bears in this story who, after going through a lot of suffering, finally got rid of it all.

We all know that bears are big animals and will feel good only in nature, in open areas. 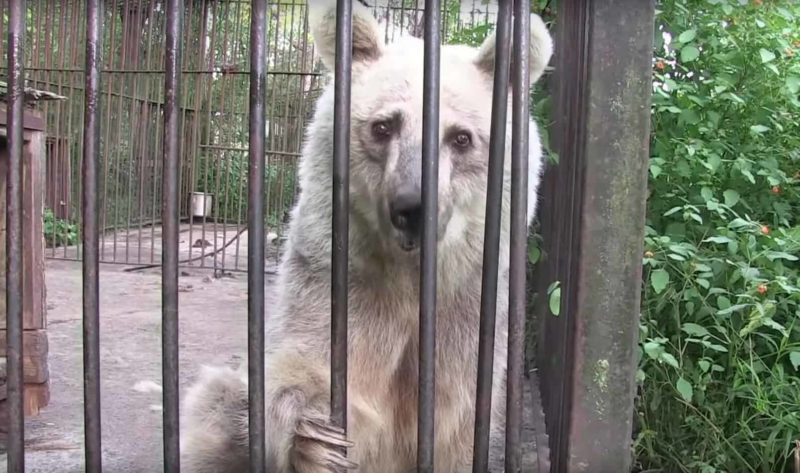 But there are many cruel people who, without realizing it, keep animals in closed areas to make money.

These poor bears were separated from their mothers when they were very young.

They were taken to the Pennsylvania Zoo and taught a few tricks to show people. Bears were not even given normal food.

Twenty years later, the zoo closed and the bears could be released. But that did not help the bears either.

They were thrown into smaller cages where dogs could live. 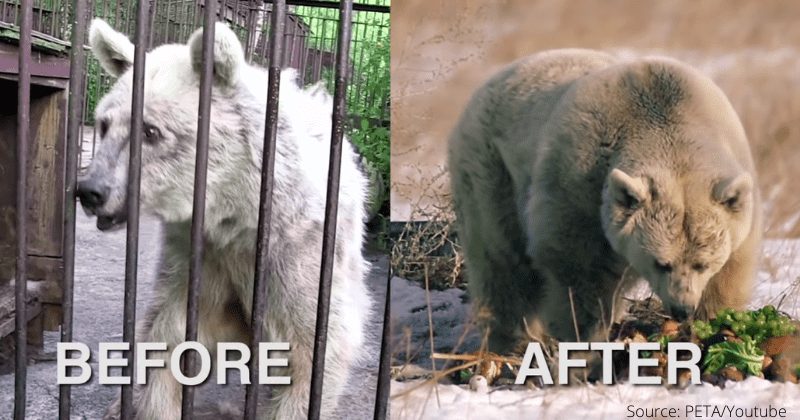 Only in 2015 they were saved. It was decided to move them to a wildlife sanctuary in Colorado. At first the bears did not even imagine that everything would be fine. But now they are feeling very well.