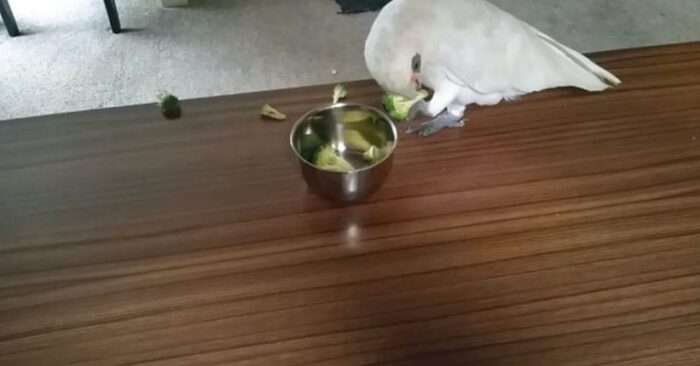 Not only youngsters, but also birds, appear to have a low taste for veggies.

Although vegetables are healthy, they are not always appetizing, as this mischievous cockatoo well knows. Therefore, he is unhappy when his master feeds him broccoli.

Eric, the famous cockatoo, also known online as Eric the Legend, is back with another funny video in his own style. 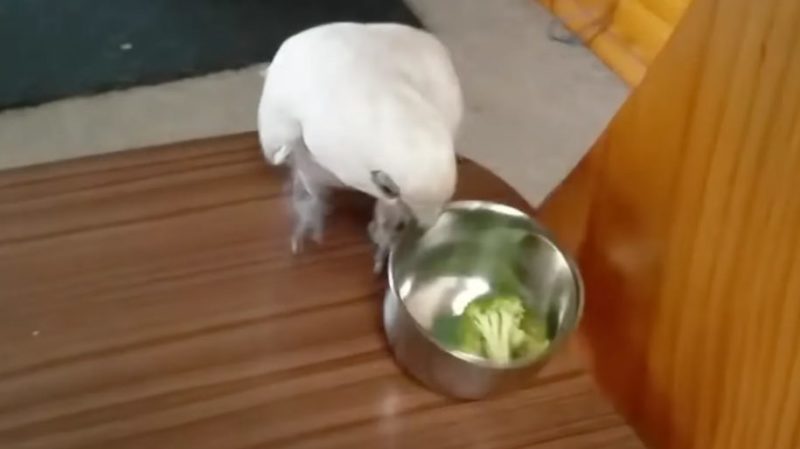 After a visit to the vet, Eric had to be put on a plant-based diet, but no one asked him if he liked vegetables or not. As a result, when his owner feeds him boiled broccoli, the noisy bird is unimpressed.

The hilarious video begins with a revelation from Eric’s mom.

“I just want you to show all the youth how you eat broccoli”. 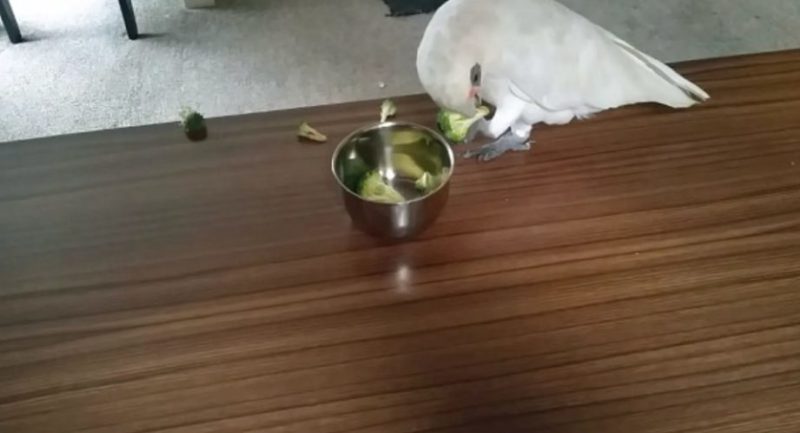 What’s more, when he gets a bunch of broccoli, he throws a tantrum before taking the vegetable and throwing it away along with the cauliflower.

But the woman decides to try again and has to deal with another Eric tirade followed by a third.

However, it is difficult to persuade a stubborn bird to eat his vegetables, as he keeps throwing them off the table.