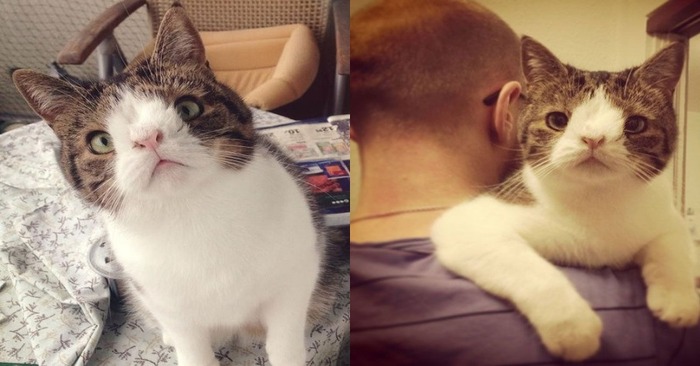 This cat has become popular all over the world thanks to its touching story.

Monty the cat lives in Denmark and has become incredibly popular all over the world thanks to her touching story.

Monty was adopted from a shelter as a kitten. He was born without part of the nasal bones and septa, which makes it difficult for the animal to breathe, and also he often sneezes. But it was these unique features of the kitten that attracted a couple from Copenhagen.

They say Monty has a great personality. The cat loves to lie on his lap and sleeps with the owners until the morning. In addition, Monty is not at all afraid to go to the vet!

Monty has become a talisman that reminds us that just because you don’t look like everyone else doesn’t mean you’re bad. On the contrary, it means to be fantastic!