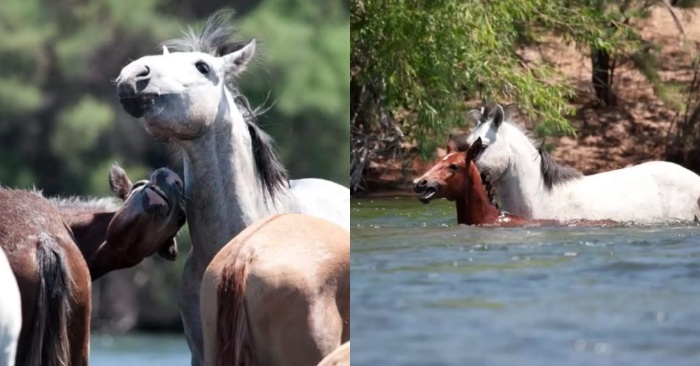 A horse was saving a filly from drowning.

Wild animals, like people, have subtle senses. They are ready to help those in need.

We often witness the selfless and courageous deeds of animals, which surprises us. 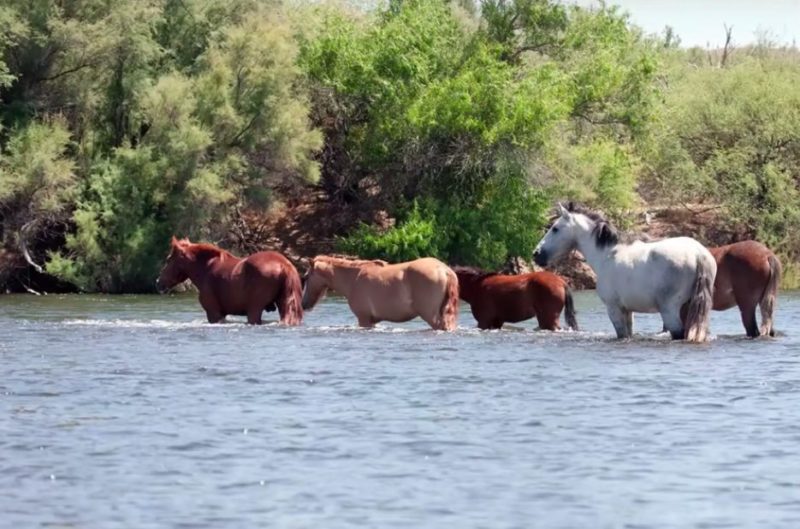 Such a dramatic scene was captured on camera by one of the volunteers.

Beck noticed a group of wild horses on the banks of the Salt River. 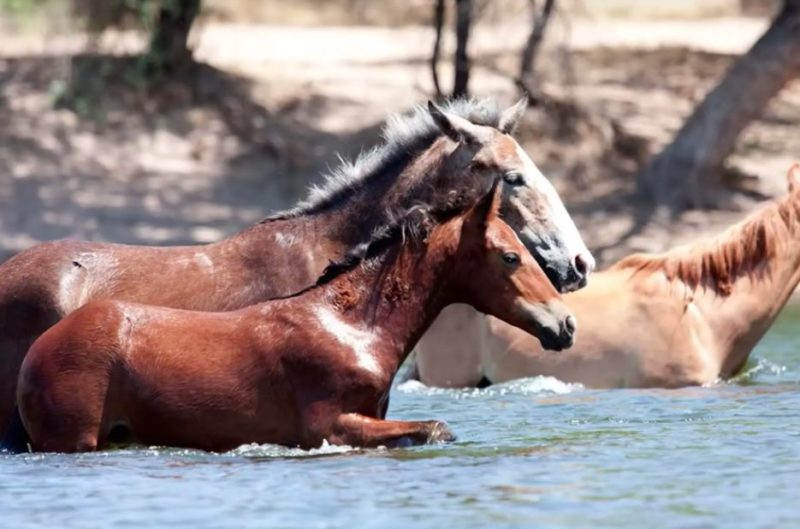 Among the horses he could recognize the famous shepherd Champ, who grazed there with his family.

Soon they spotted another herd of horses across the river. Then they began to “talk” to each other.

Suddenly, they decided to join the group that was trying to cross the river. 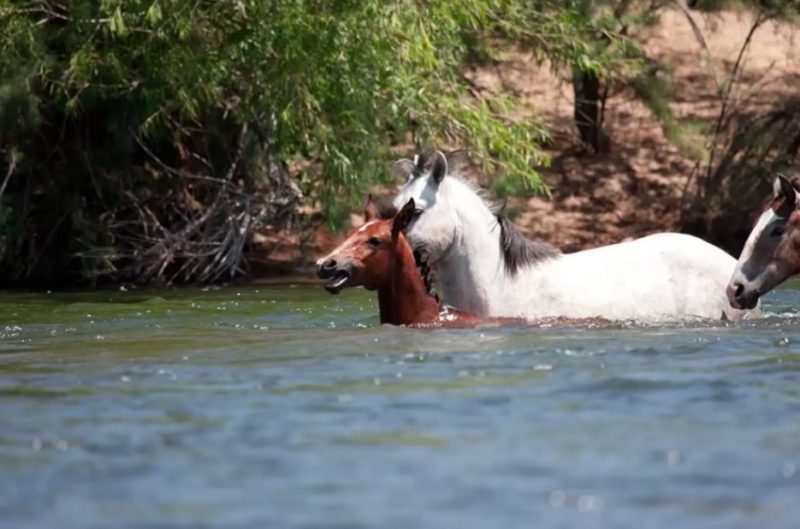 The current was so strong that one of the little foals began to choke. Champ noticed that the little creature was in danger.

He immediately grabbed him by the neck and sent him to the shore.

The baby struggled to keep his head out of the water, and Champ cheered on the confused foal.

It was so touching to see how a wild animal could be so protective.