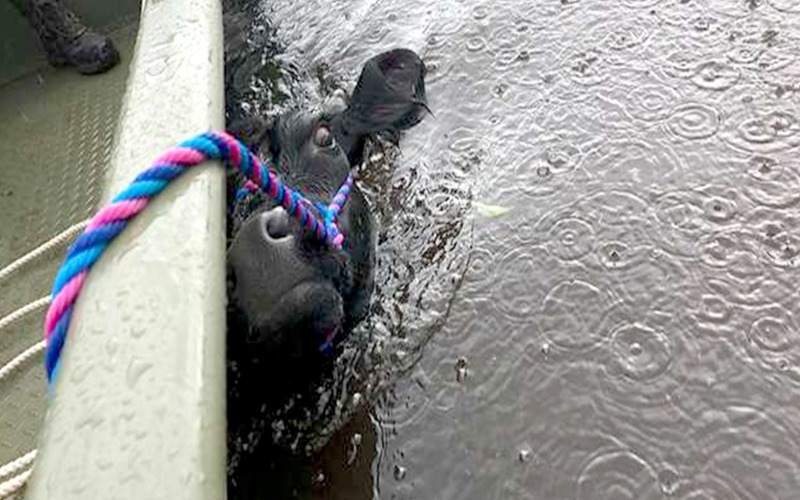 Such a humanitarian move protected the cow from a terrible disaster

Hearing of Hurricane Florence in North Carolina, M. Stura immediately went from New Jersey, to protect the lives of at least some animals.

Sturan, the founder of Skylands Animal Sanctuary and Rescue, did not have to search for a long time. He and his friends Todd Friedman and Dave Miller found three kittens who needed help.

“They were freezing and fluddering, so I stopped the car,” Stura told The Dodo. “As soon as he stopped, they ran and approached.” 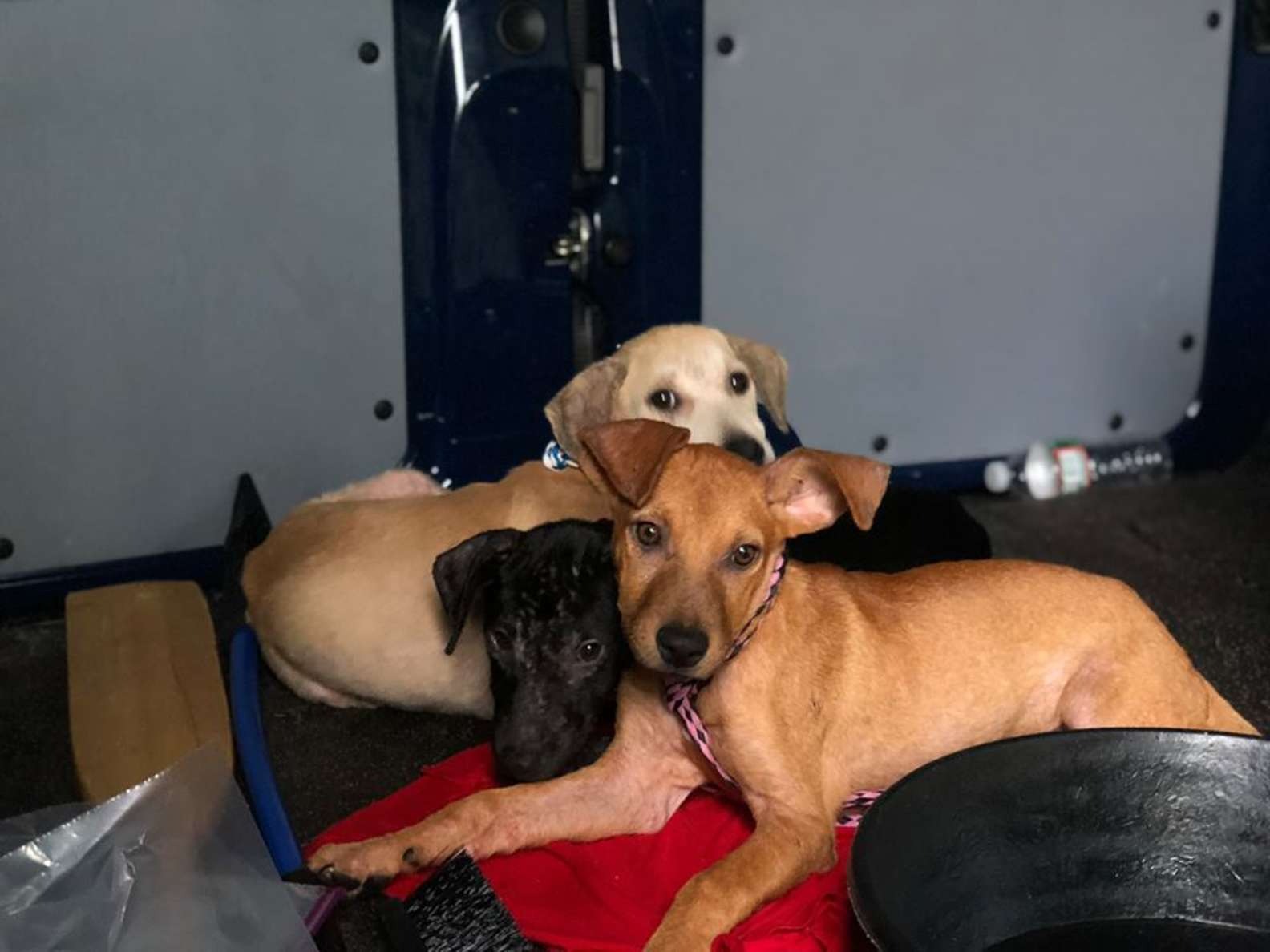 But that was not all. He had seen a video where cows were fighting against the flood, trying to swim.

“I took the boat, we were helped by a local girl, Caroline Berd,” Stura said. “He knew the area and came with me.”

When they reached the place, several cows were able to approach them. But someone was fighting near the barn so as not to sink.

“We reached her and threw a rope at her,” Stura said. “In order not to keep her head on the water, we tied her to the boat.”

But helping the cow was not easy. Stura’s truck was moving away. I reached the cow with difficulty. For a moment there were even problems with the ship’s engine.

“It was very good that a boy approached with a jet ski and helped,” said Stura.

And removing the cow of the water was just awful. 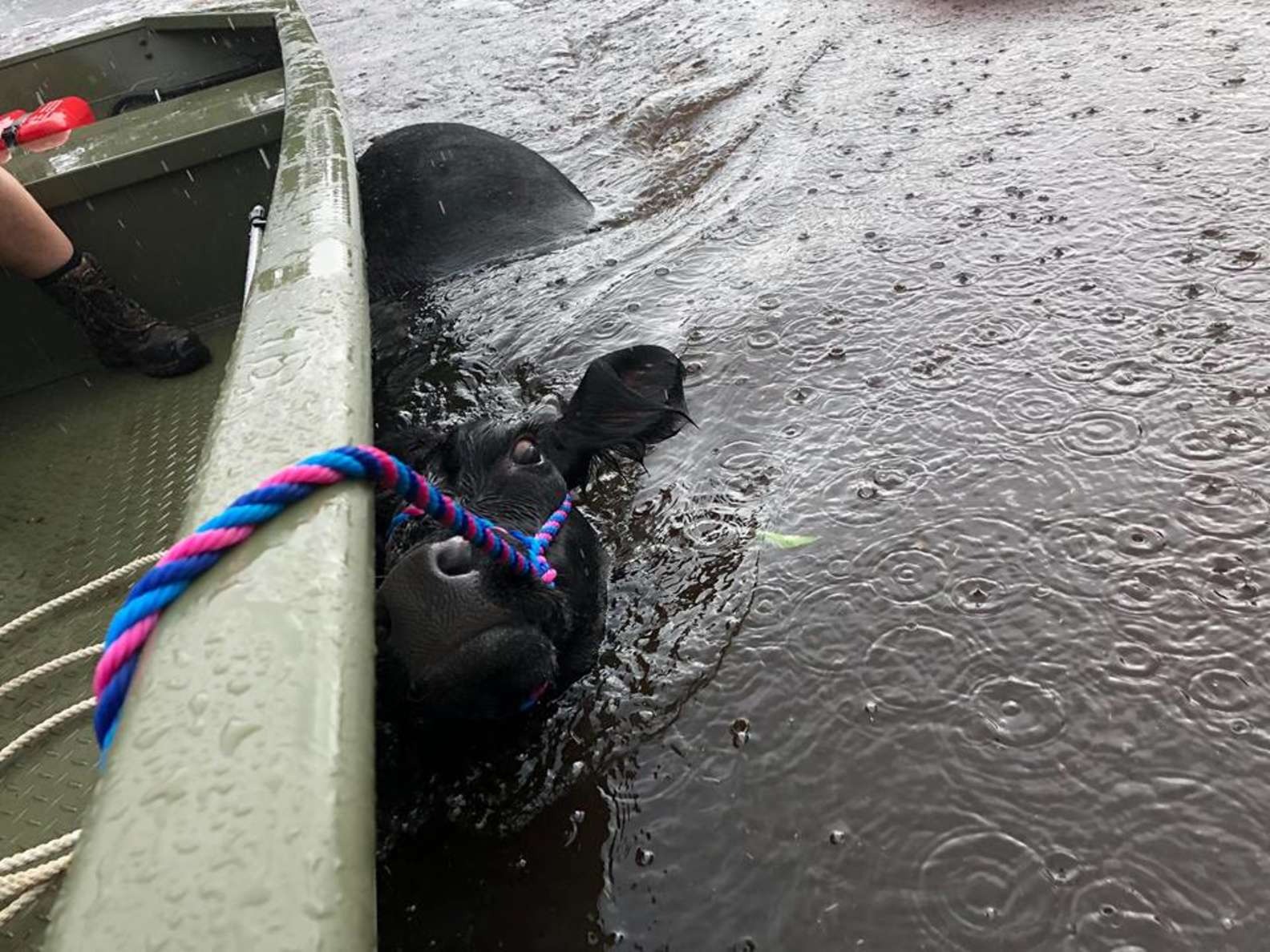 “The girl had almost no energy,” said Stura. “When we were in a place where the water was hard to hold his body, she could not climb. She needed help, and she was in a very difficult situation. ”

The locals and three friends worked together to help get the cow out of the water. 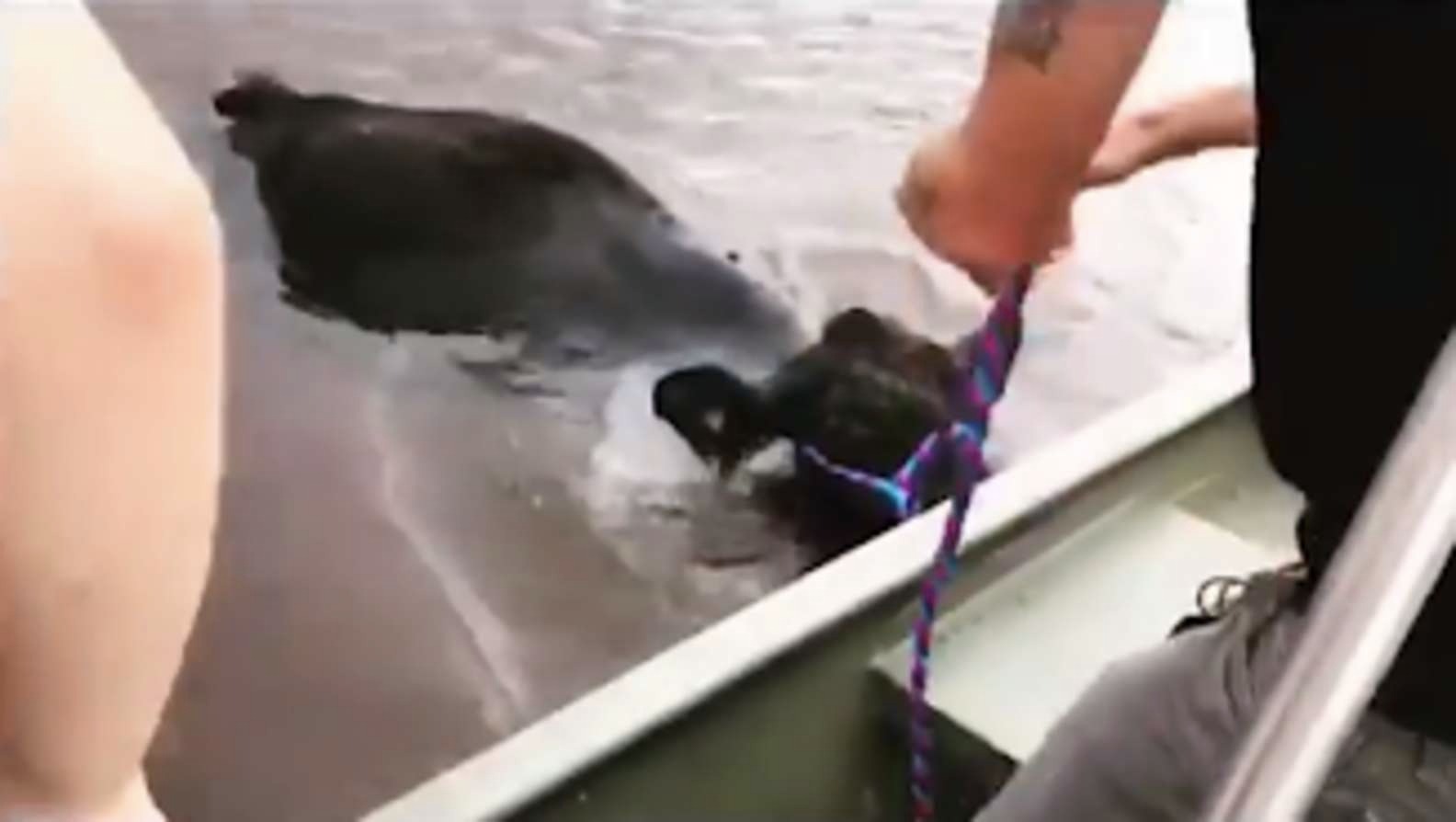 “Everything was so difficult. “She was trying to climb, but it was very difficult to do that,” Stura said. “A few belts were under her, a few halters on her face, eight of us tried to pull her, and finally we succeeded.”

The cow was finally in a safe place. Stura assured that everything was fine. 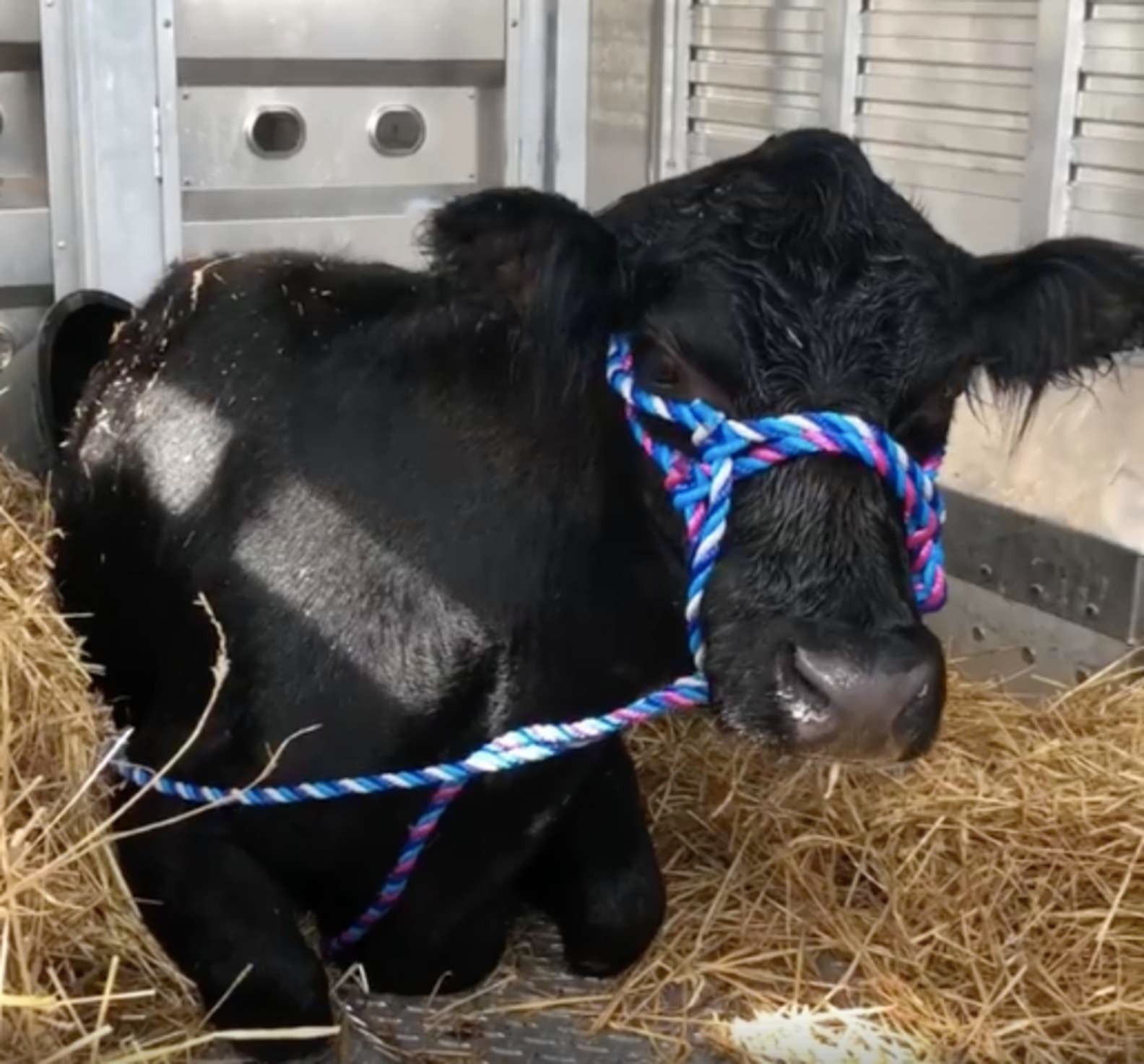 “She was very tired and lively,” Stura said. “She is a cattle, people do not interact with these species, so she was not used to people, probably because she was very nervous.”

The owner of the local property had already transmited Stura that if he saved a cow, he could take her/him. He did so, taking her to a shelter in New Jersey.

“I liked the cow very much, I started talking to her,” Stura said. “She is slowly getting calmer, but of course we have to deal with her. She will adjust to seeing the other four-legged ones. “Seeing my attitude towards others, she will understand that she can trust me.”

Stura was confident that this unnamed cow would be reunited with Babe, whom Stura was able to rescue last year when Hurricane Harvey struck again. 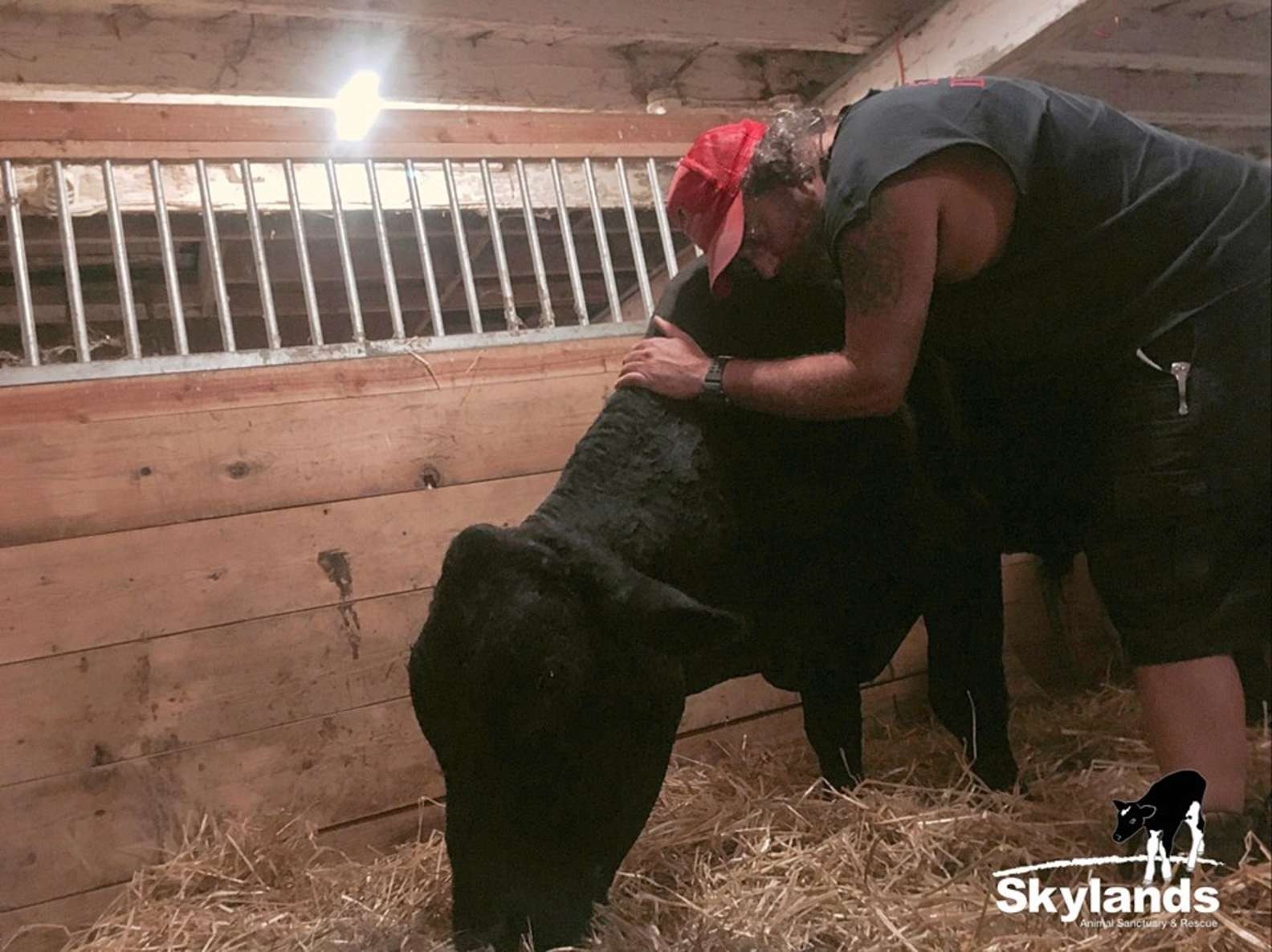 “The Babe also belongs to this breed and the fate of both is the same,” he said. “I want to see their connection with each other.”

In any case, Stura feels good that the cow is already in a safe place, he is also very thankful to all the people who helped him.