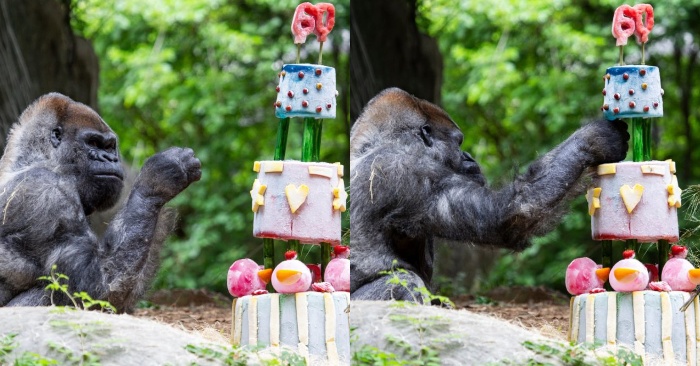 In honor of his birthday, an ice “cake” of frozen fruits was prepared for gorilla.

Western lowland gorillas are endangered. Many zoos have taken care of these animals. There are several representatives of this species, one individual, a male named Ozzy, holds the world record for age.

In zoos where they receive medical care and adequate nutrition, this period has reached 50 years. 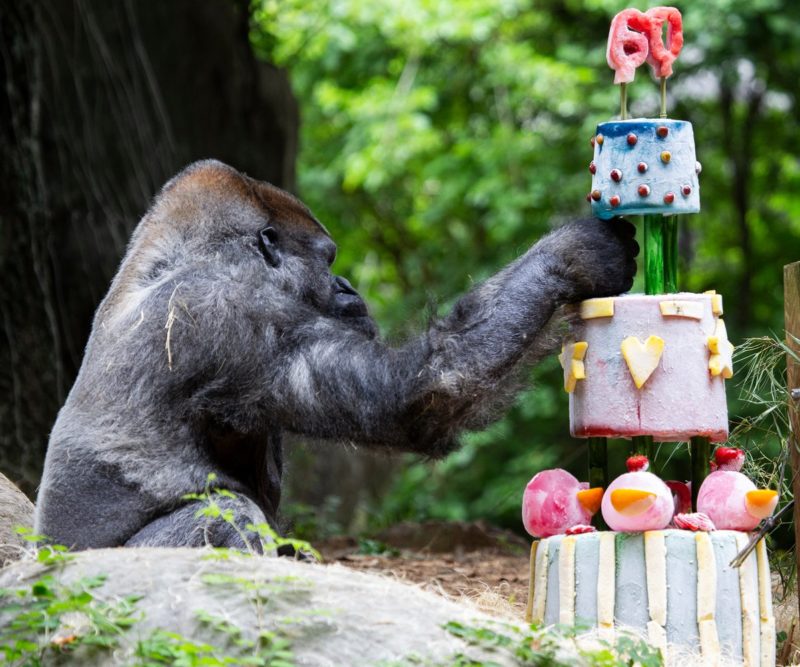 In Atlanta the zoo brings them into special groups where they are comfortable with each other.

Ozzy, the zoo’s oldest member, spent the past 17 years with his friend Chumba. 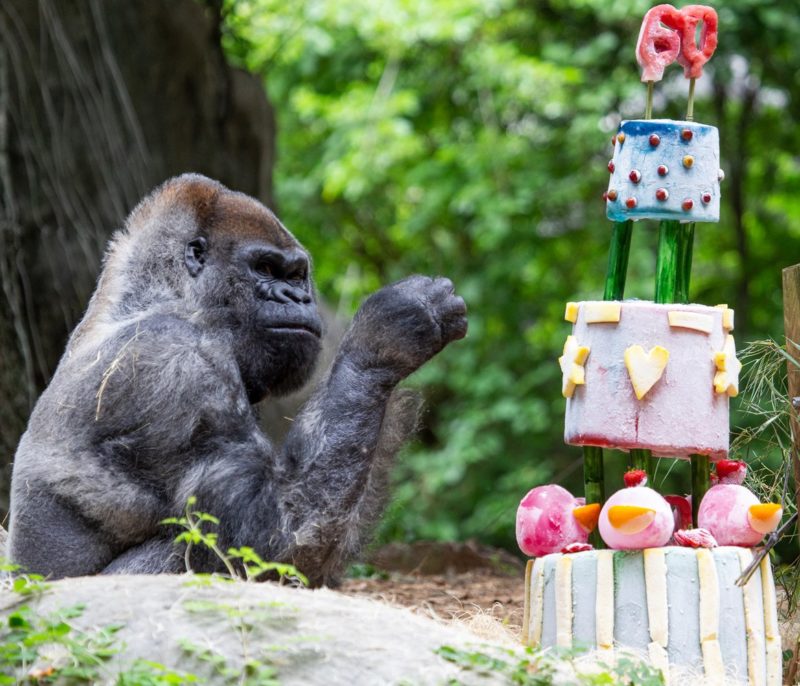 Ozzy does not like loud music, when he needs something from his guardians, he speaks out loud to them or knocks on doors and windows. His favorite foods are oranges and cabbages. 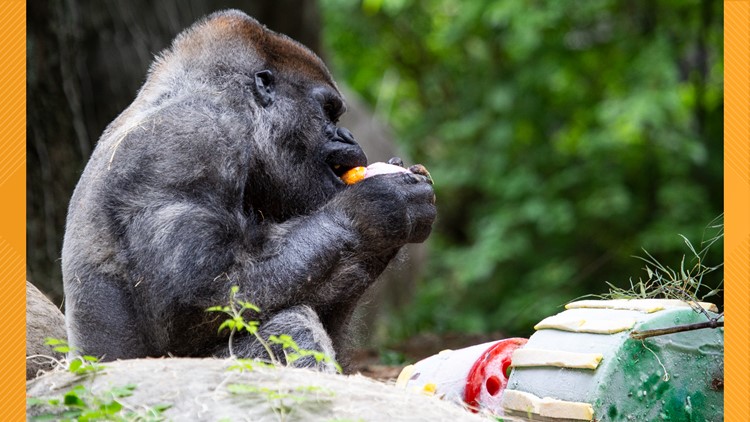 In honor of this event, an icy “fruit cake” was prepared for him. Thus, Ozzy remains the oldest gorilla on the planet.