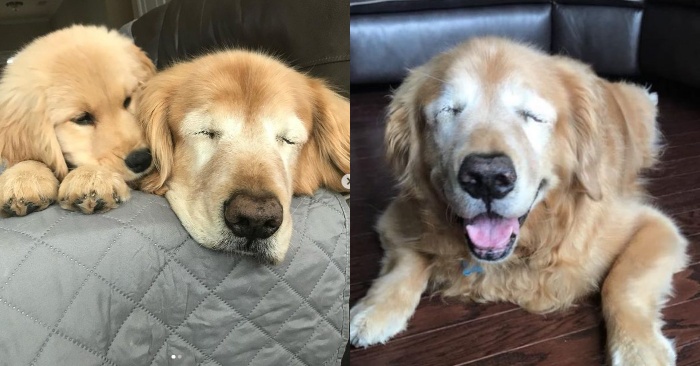 The kind puppy began to help his elder and blind friend in everything.

Adam and Chelsea Stipe had a pet-Charlie. It was a beautiful golden retriever. The pet fell il with an eye disease, and glaucoma developed. The dog’s eyes have been removed. 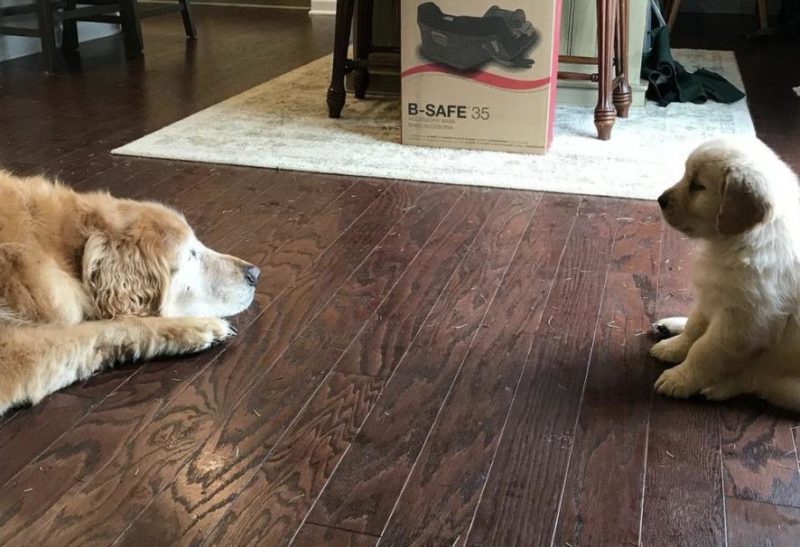 The owners bought a puppy of the same breed named Maverick.

At first, little Charlie did not like, but over time they gradually became friends. 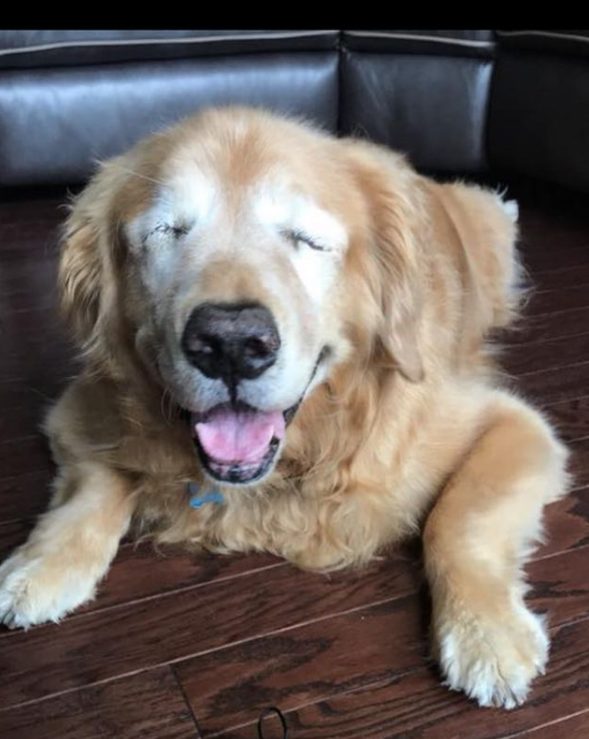 Maverick began to help his friend in everything. All the things Charlie couldn’t do. It seemed that the baby understood his purpose. 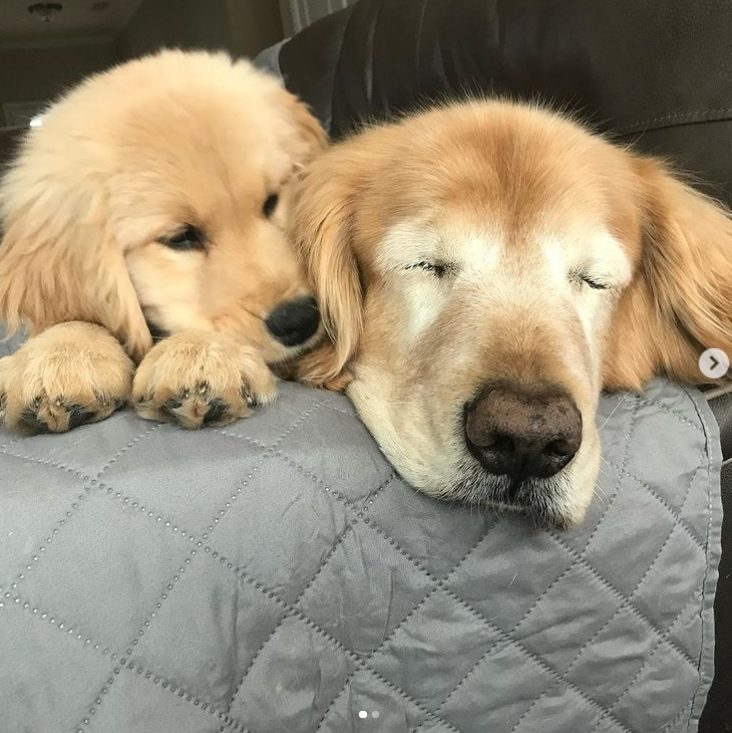 Dog owners decided to create a special account on the Internet to post all the unique pictures of these friends there.