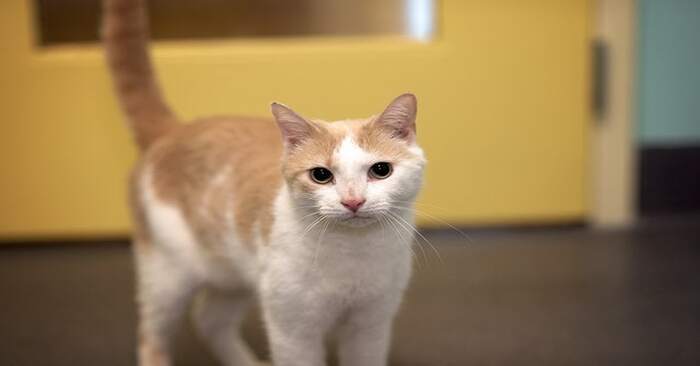 Shelter volunteer Price McIntyre chose a rather unusual way to tame a cat.

Stevie, a blind cat, ended up in a shelter. But he was used to loneliness, he was afraid of everyone and ate little.

Gradually, Stevie began to socialize with other cats, but was still wary of people. Until he meets Price’s volunteer.

He started reading books to him. The choice of the boy fell on a series of books about Harry Potter. And this choice is not so strange. 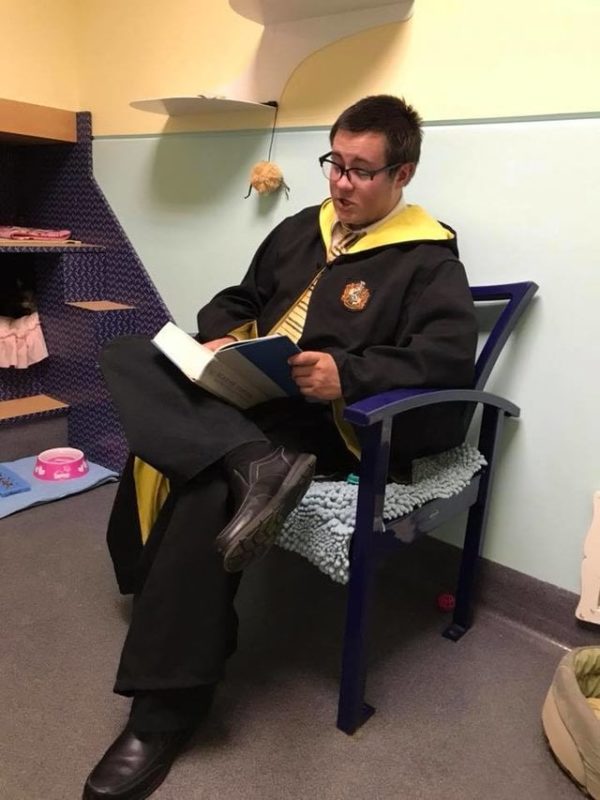 Apparently, many of the people who work at the orphanage are fans of the young wizard, as there are quite a few decorations in the books that are reminiscent of Hogwarts, the school of wizardry.

The shelter also has an interesting initiative: cats are distributed among the faculties of this school so that people who want to adopt an animal can get more information about the nature of the future pet. 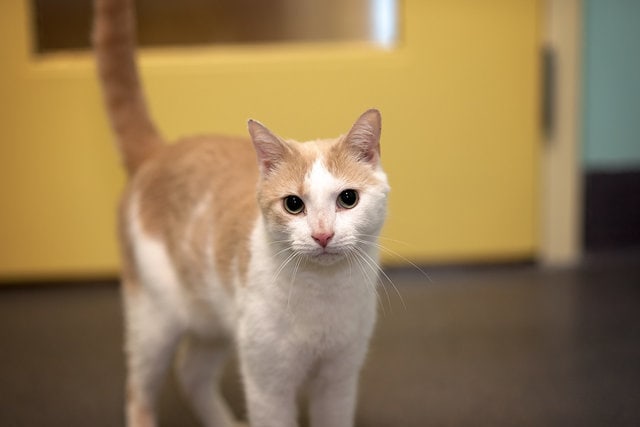 Stevie got into Hufflepuff, whose students are distinguished by loyalty, responsiveness, dedication, hard work, perseverance and honesty.

After a couple of weeks, Stevie was already cuddling up to the young man, listening to the story.

Price visits the cat every day, and on Fridays he even puts on the uniform of a student of Hufflepuff, the faculty to which Steve was assigned. 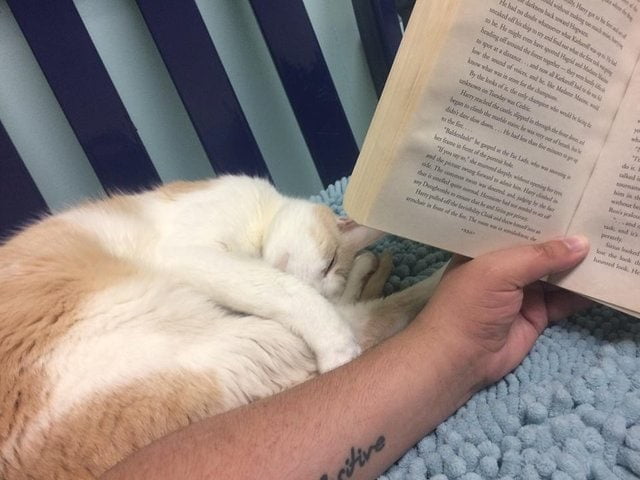 Despite his blindness, he is already well oriented in space.

It was difficult to tame him, but it was worth it.