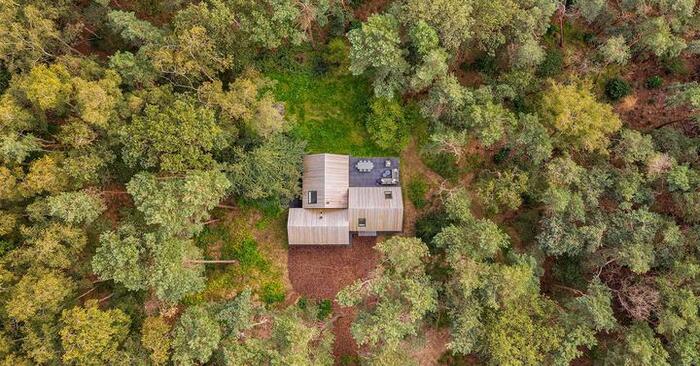 If you look at it from the air, it seems that these are three separate small houses.

Sometimes the creative eye of architects finds an outlet in unusual and even strange buildings. Like, for example, this house from the famous Dutch bureau Hofman Dujardin. If you look at it from the air, it seems that these are three separate small houses standing side by side. 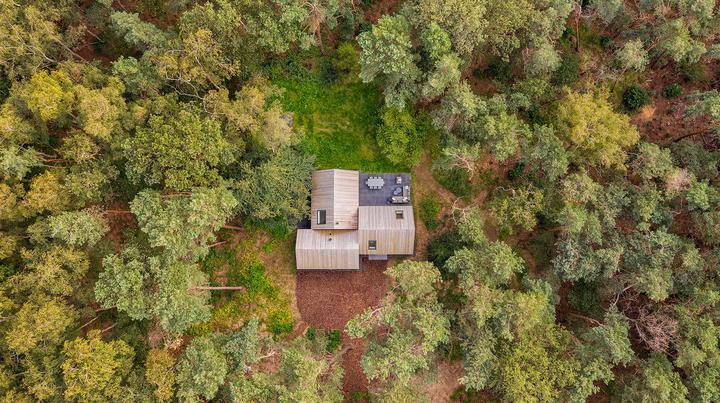 In the process of creating the plan, the architects were guided by the surrounding area, so it was decided to fit it as naturally as possible into the atmosphere of a pine forest. To do this, wooden panels appeared on the facade and roof. 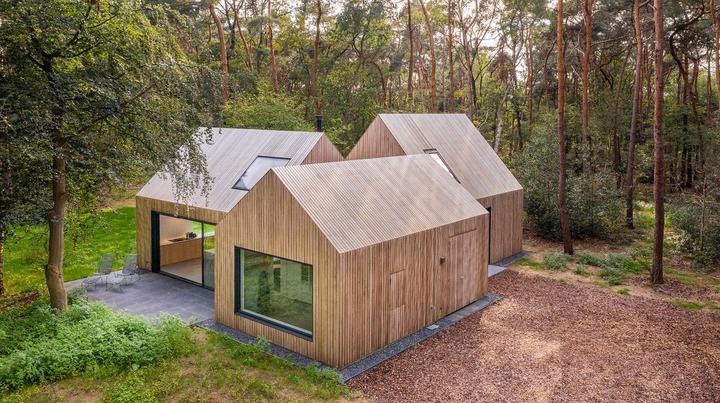 The house has three rooms, each of which faces different directions, and each has access to a separate terrace.

At the same time, inside they are all connected by sliding doors, which, if necessary, become invisible, uniting the space.

There are similar doors on both sides of the living room, and if you open them, it seems as if you are having lunch or relaxing on a sofa right in the middle of the forest. 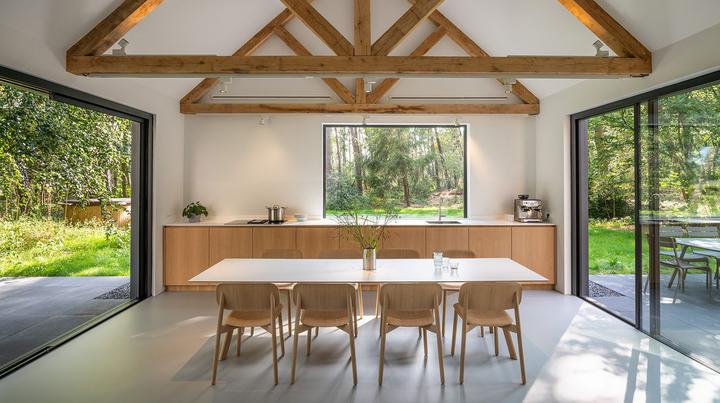 Panoramic windows in the nursery and bedroom are an incredibly original solution. Not closed by anything, they make it possible to observe the forest dwellers just lying on the bed. 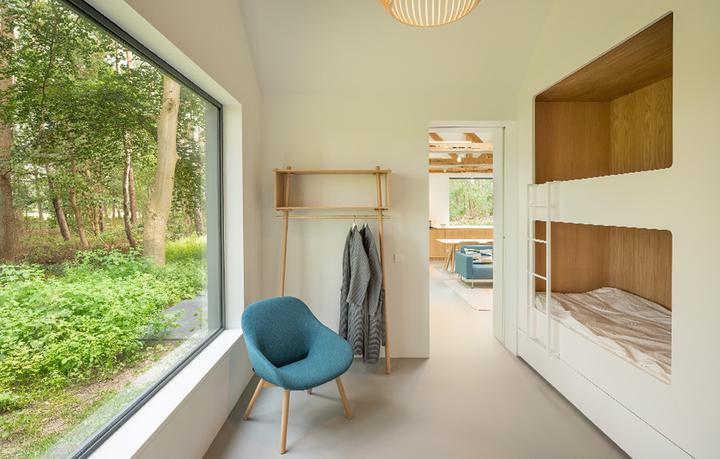 And if you really want to watch the starry sky, then all rooms have skylights.