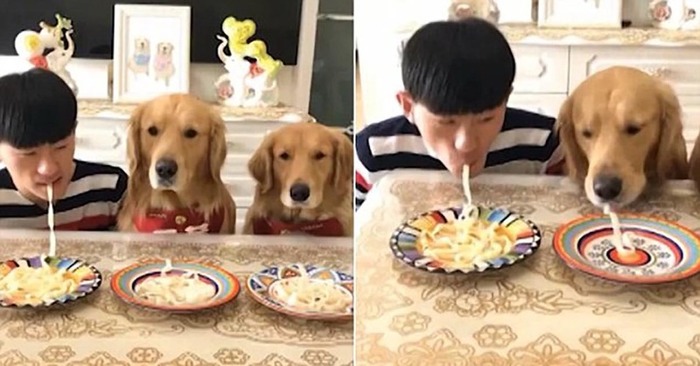 This man dared to offer his pets a competition in speed.

A resident of China and the owner of two golden retrievers dared to offer his pets a speed competition. What did he expect from this if he competed with dogs? But the guy still had an honest competition, filmed on camera, where we can see how he tried with all his might to eat a plate of noodles faster than Dan Huang and Yui Li (these are the names of the dogs). Did he succeed? Let’s be honest, the intrigue quickly came to nothing, but it looked very fun!

This person tried to eat a plate of noodles faster than his dog. Well, that’s exactly what I tried…

And in the end, he received a portion of friendly licks from the happy winners!