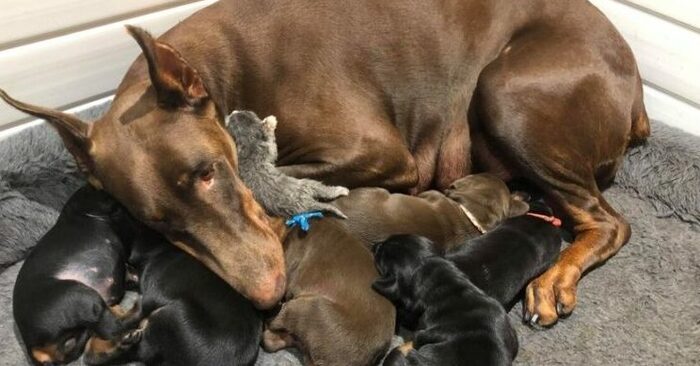 The foster mother for the kitten was the whelping Doberman dog.

A New Yorker has shared a miraculous story of rescuing a newborn kitten online. The foster mother of the child was her Doberman dog.

The end of summer was hectic for American Brittany Callan, a woman helping a relative with home repairs. 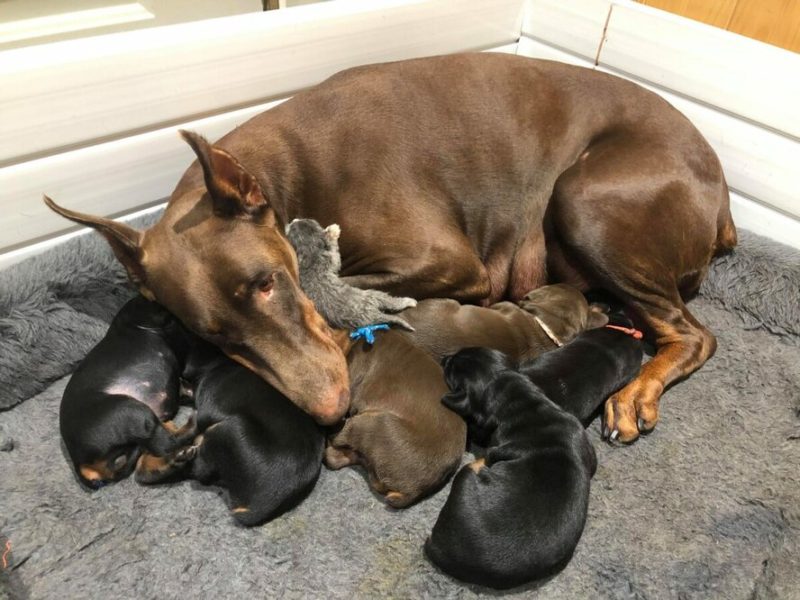 Suddenly, a faint screeching from the garden caught her attention, and the woman followed the sound and found a small, blind cub, apparently recently born.

She did not touch the baby, rightly deciding that the cat mother had left on business and would definitely return to the baby.

But the squeal of the baby was heard all day, and in the evening Brittany decided to visit the kitten again. The child was still the same, lonely and only crying from hunger.

The woman could not leave her on the street and took her home with her. 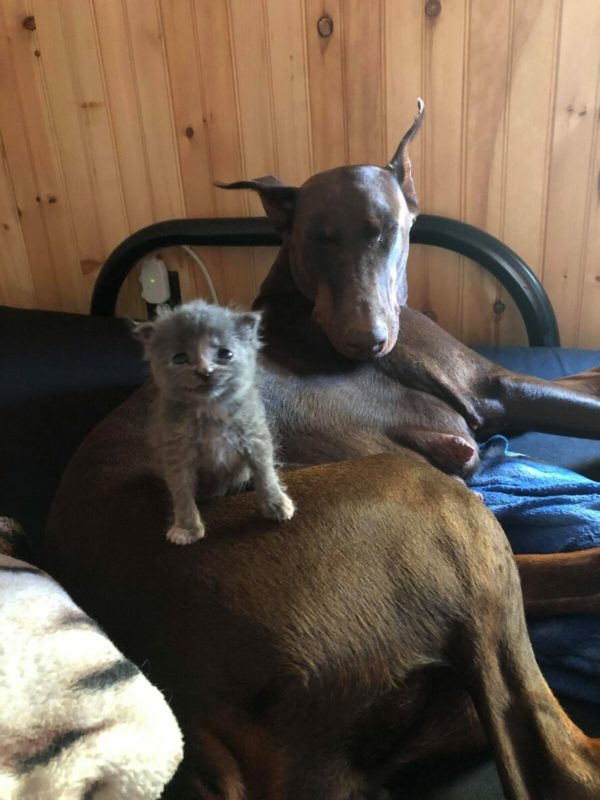 Her dog, Ruby, just gave birth to her third litter and is now nursing a litter of slightly older puppies. Brittany was a little frightened by the reaction of the pet, but the Doberman did not show aggression towards the baby.

Ruby at first just watched the kitten, and then sniffed and began to lick.

The dog has already taken care of orphaned babies of other species, rabbits and guinea pigs several times. 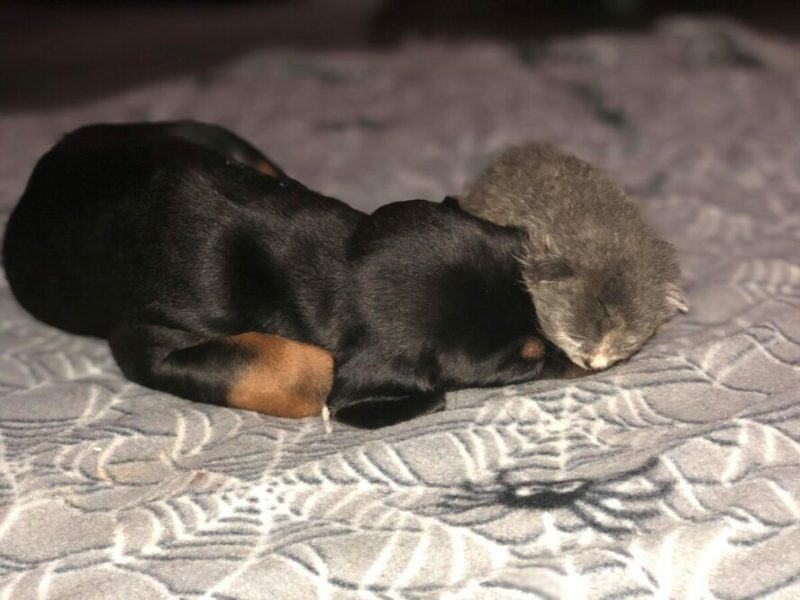 Mrs. Callan shared touching photos of Ruby’s first meeting with her adopted “daughter” on her Facebook, noting that the child can rarely feed on dog milk, so she needs to be given formula more often.

At the same time, Ruby is always ready to give her attention and maternal tenderness, the kitten sleeps in a small circle of puppies, under the supervision of her mother.