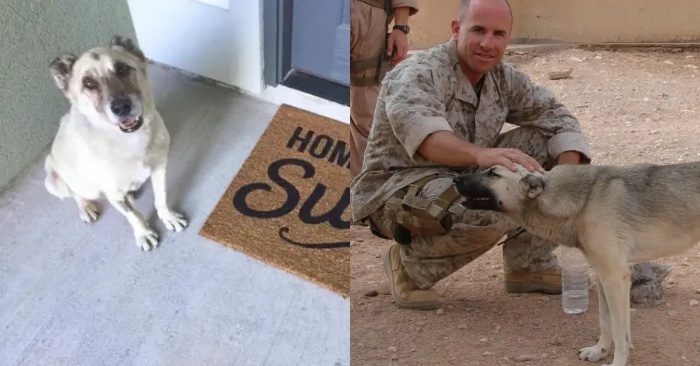 This poor dog was sure than someone would help him.

Dogs are very faithful. They are always stay with their owners.

In this story, a dog was abandoned in Iraq.

A man, Brian Dennis, saw the dog while serving there.

The dog was very happy. Brian fed him. He later named him Nubs. Unfortunately, they had to separate because Dennis had to move. He couldn’t take the dog with him. The dog had to go a long way to meet his beloved Dennis. He decided to send him to the US until he went there.

A month later, Dennis went to the US.

Nabs died, but the love Dennis gave him comforted him.