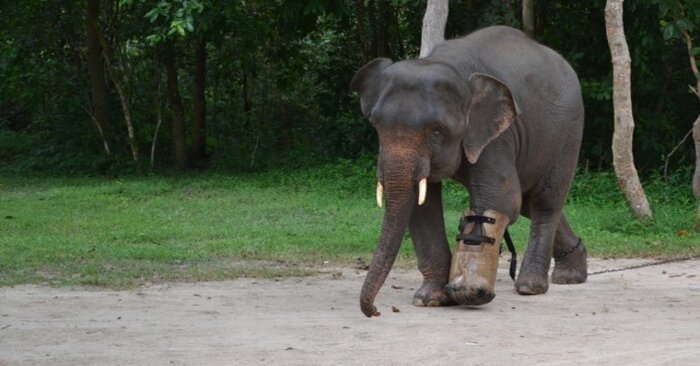 People found the elephant which was terribly emaciated and helped him.

This Cambodian elephant-Chuk was unlucky when fell into a trap.

The elephant lay in the forest; he could die if kind people hadn’t found him. Chuk was sent to the reserve for treatment. 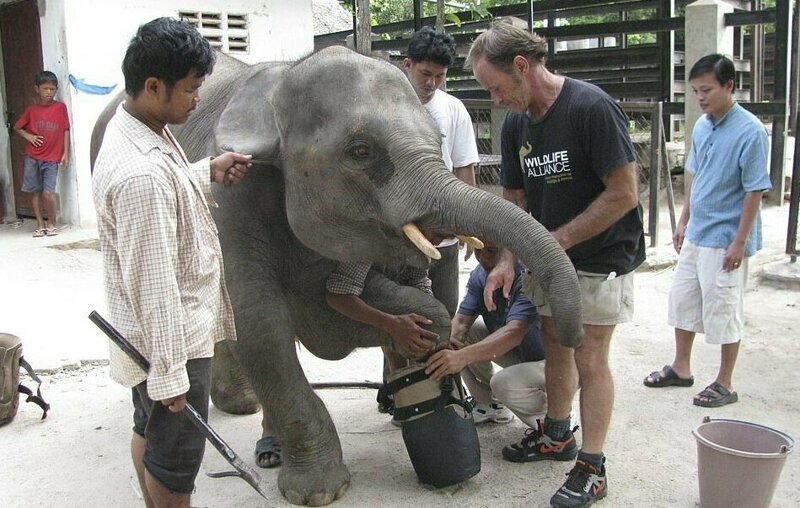 Chuck’s injured leg had to be amputated and specialists from the Cambodian Institute of Prosthetics and Orthopedics made a special prosthesis for him. 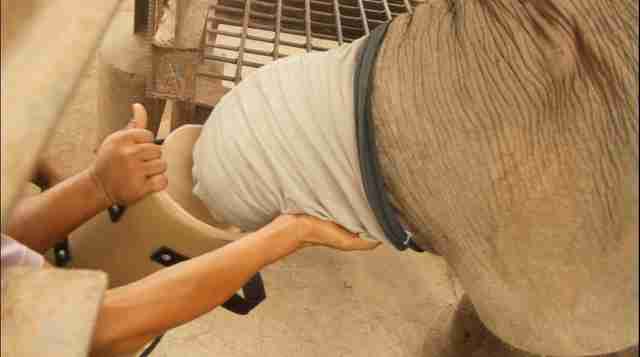 They were very afraid that the elephant didn’t like the prostheses, he would refuse to wear it. But Chuk got used to it.

Then new prostheses were made for Chuck, which are much lighter and more comfortable. 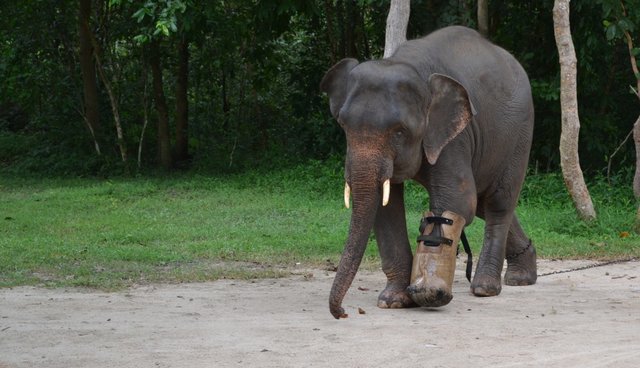 Now he has been prescribed a special diet, which consists of coconut, banana and leaves.