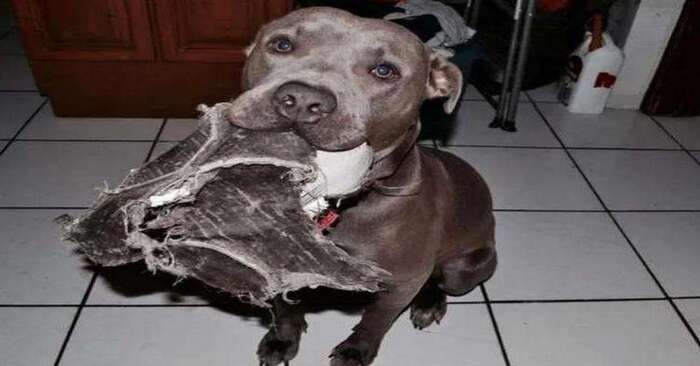 Anyone who has ever seen a pit bull named Hades could not imagine that such a story could happen to him.

A fighting dog living in the home of Juan José Flores in Mexico City has brought home a pregnant cat.

The acquaintance of the two animals happened a long time ago, a cat began to enter the yard of Flores. But the dog avoided the intruder, did not show aggression towards the cat. 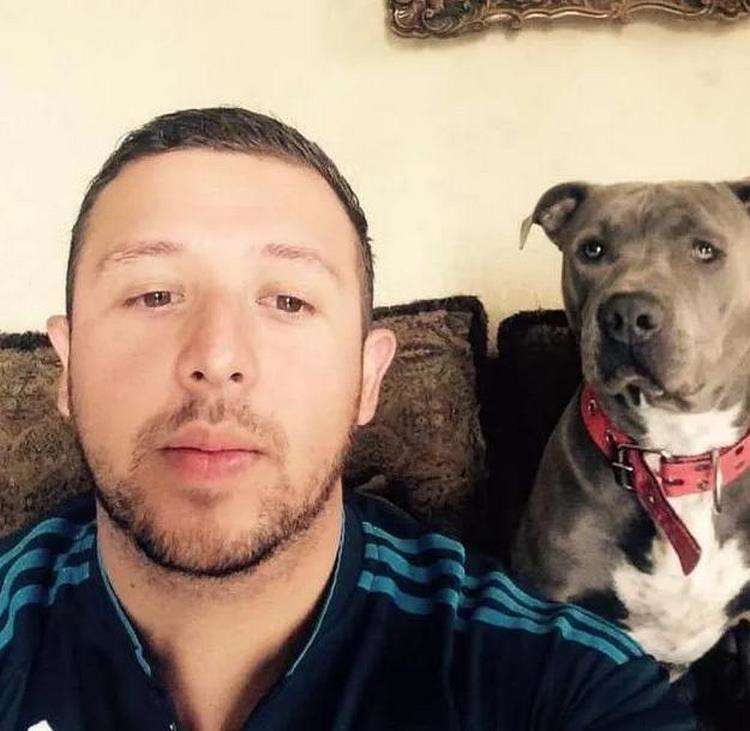 Taking pity on the unfortunate animal, Juan began to feed him. Then the cat began to appear more often in the yard.

Everything changed when one day Hades began to jump around his master, grabbing his attention in every possible way, as if he wanted to show something.

The dog and his owner eventually approached the stall, where Juan, surprised, found a pregnant cat that he was feeding. She had to give birth every minute. 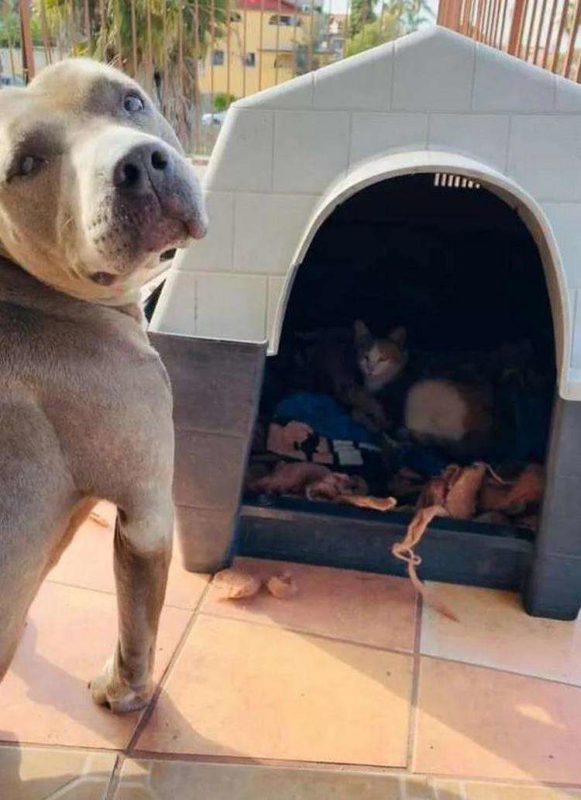 When the cat gave birth, Hades did not leave the booth. It was amazing for his owner to watch this scene. When the kittens were born, the dog brought his favorite bedding from home. 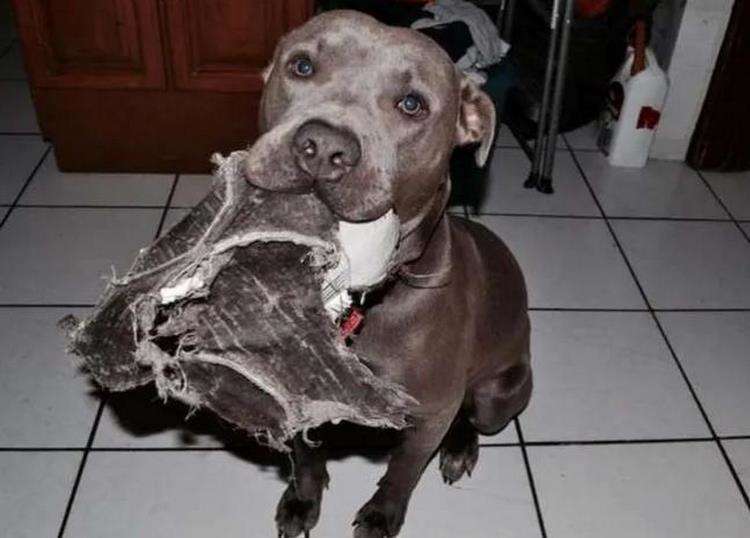 It was decided to take the cat family home. Juan decided to keep his mother cat, she was named Nicole. But he will arrange the kittens in other families when they grow up.

He believes that the story of his pet should help people take a fresh look at the so-called aggressive breeds.