The dog had an adopted son-cat, whom she began to take care of.

Not only people suffer from war, but also animals. But if humans can somehow escape the war-torn city, then the animals are doomed. 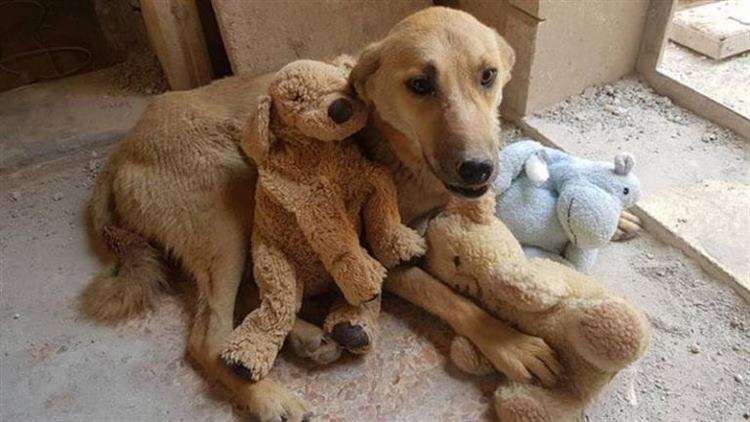 “Feline Man”, as the locals call him, has adopted hundreds of pets. Risking his life under fire, Jalil collects lost cats on the streets of Aleppo.

One day, Muhammad took a pregnant dog Amira to shelter. To separate her from the cats, the man built a fence for her. Unfortunately, all of Amira’s puppies were born dead.

The dog was depressed. To alleviate her sadness, Jalil gave her a bear toy. 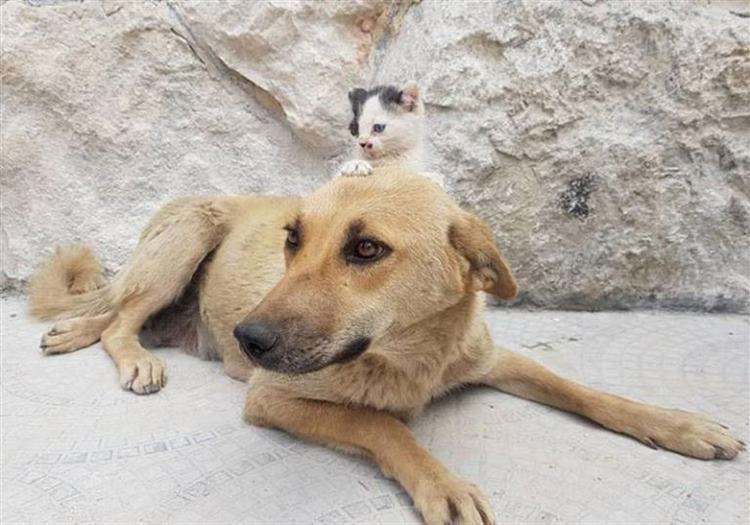 The unhappy mother often hugged the toy. One day, Amira saw a little kitten named Junior. The cat was an orphan.

A little frightened by the big dog, Junior cautiously went to her enclosure. The child plucked up courage and rubbed her face. 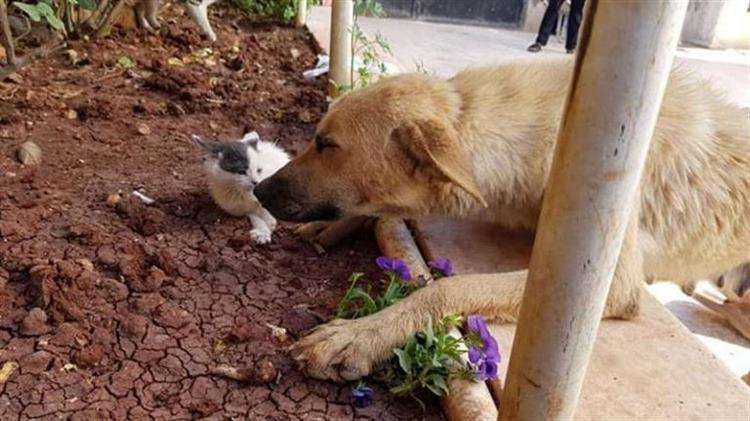 The dog did not chase the kitten. On the contrary, she licked Junior. Thus began their strong friendship.

Now she had an adopted son, whom she began to take care of. 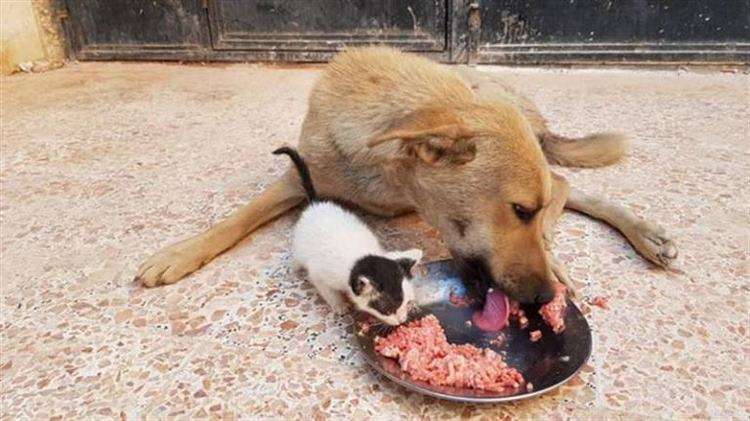 The mother dog allows the kitten to climb onto her back. They both seem very happy to be together.