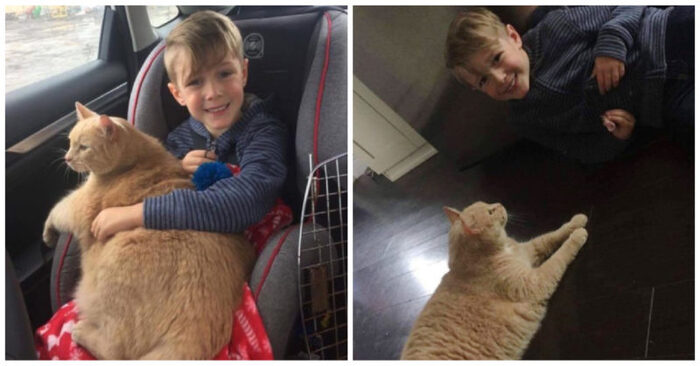 When the boy saw the photo of the cat, he realized that he had found his animal.

A cat named Tiny ended up at a shelter with his sister. The animals were not tied to one of the two, so they could be adopted separately. The shelter’s website published photos of all the “residents” of the shelter and provided brief information about them. 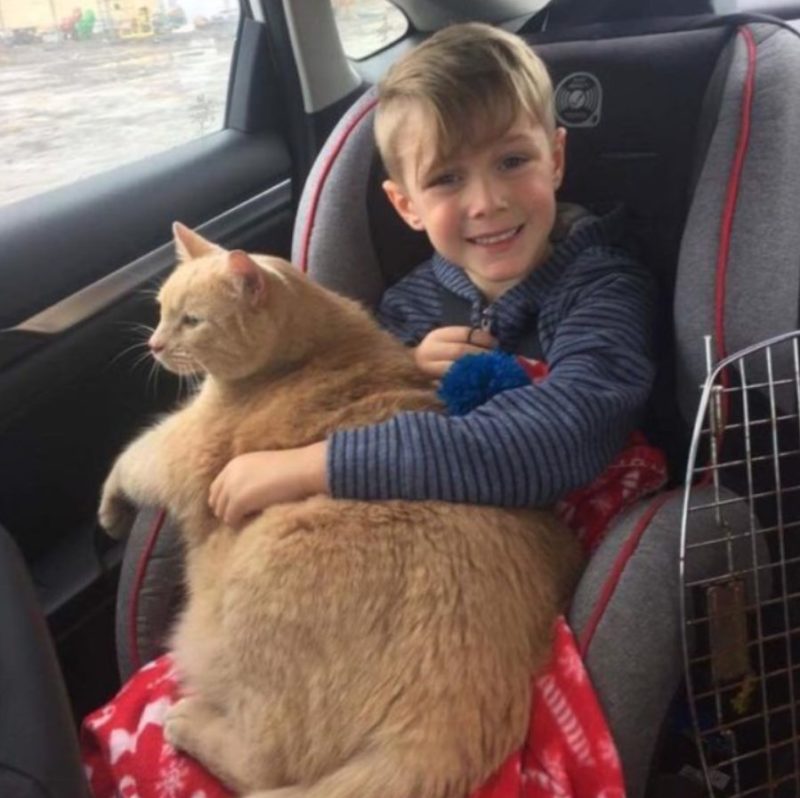 10-year-old cat Tiny has been waiting for his owner for a very long time. He was upset that young kittens and even adult cats quickly find a home, and he stayed at the shelter.

At the same time, a little boy on the other side of town was trying to talk his mother into letting him keep the animal. Easton was very fond of animals and wanted to get either a cat or a dog. Eventually, with approval from his mother, he opened the shelter’s website and started looking at animal maps. 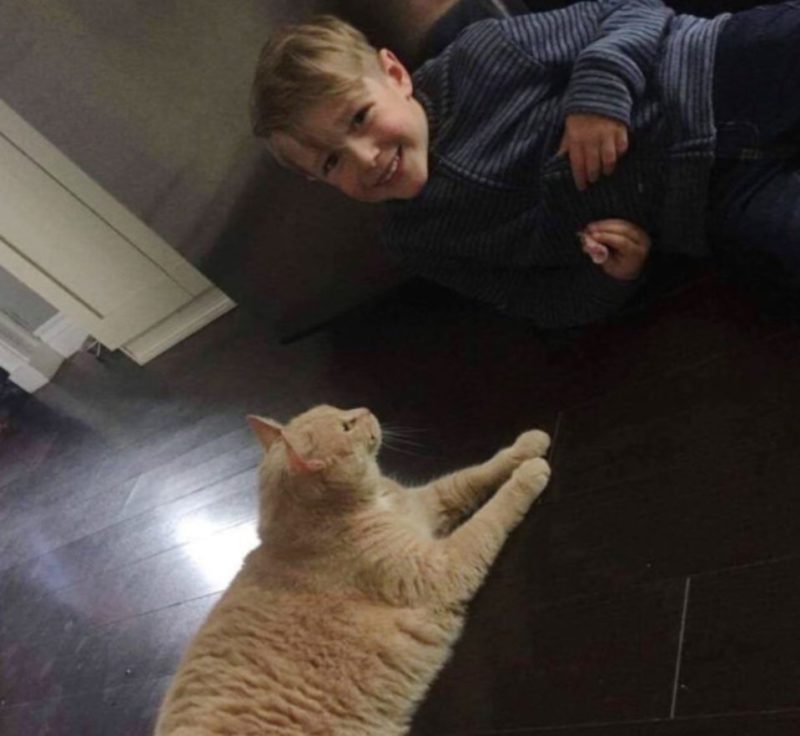 And when Easton saw a photo of Tiny, the boy realized that he had found his animal. The next morning he went to the shelter with his mother to see the cat.

The baby turned out to be a sweet, kind cat with a big soft belly. The ginger cat jumped into the boy’s arms and “ordered!” him to go home!

“Even my mother fell in love with a chubby cat with big devoted eyes”, said the boy. Both the cat and the boy are happy that they met!