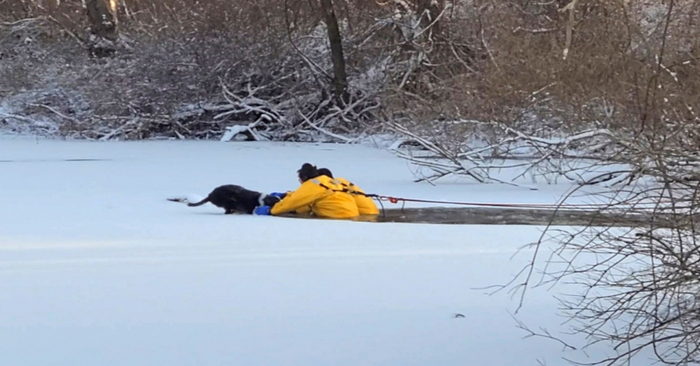 Firefighters had to intervene to help the dog get out of a frozen pond.

The cold that gripped upstate New York put the dog in a terrible position. Firefighters had to intervene to help him get out of the frozen pond.

December 8, 2021 7:47 a.m.: The Frewsburg Fire Company received a report that a dog had partially fallen into a frozen pond in the city of Carroll. A group of firefighters was sent there.

2 professionals, well equipped to withstand the intense cold, pushed forward in icy water that plunged them up to their waists. 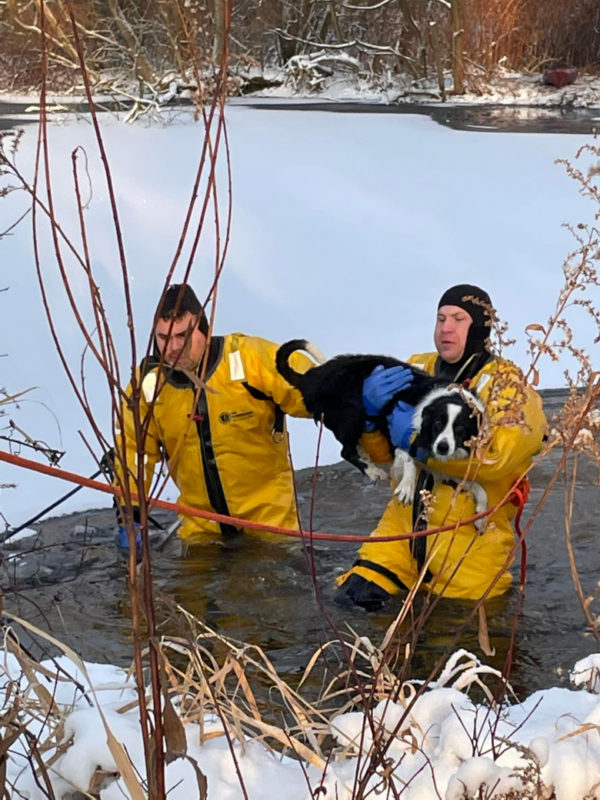 Hanging themselves with a rope to protect themselves, they approached a border collie whose paws were stuck in the ice, according to People magazine.

The dog named Tux was obviously very excited to see his rescuers. Because the ice was relatively thin, they had to tread carefully.

Finally, after several skillful maneuvers, the rescuers managed to free the animal and bring it safely to shore. Their quick intervention saved his life. 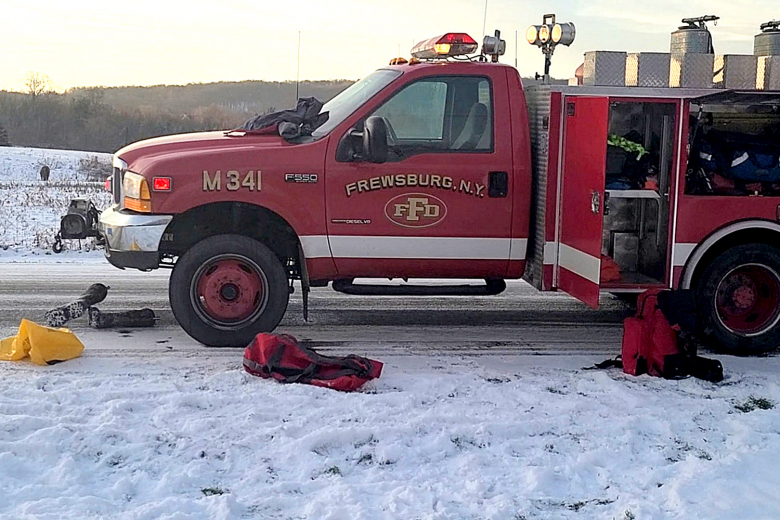 The Border Collie was able to find his family. The latter said that now he felt warm and seemed happy. 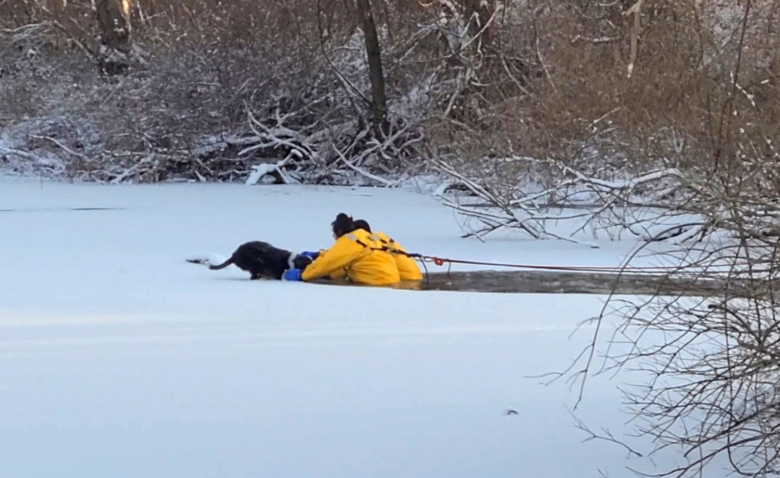 The day before in Spain, a golden retriever was also found in the icy water of the lake. Two officers of the Civil Guard did not hesitate to defy the cold to help him.

This rescue operation, which was filmed by a third party, also had a happy ending. The survivor joined in the comforting embrace of his owner.