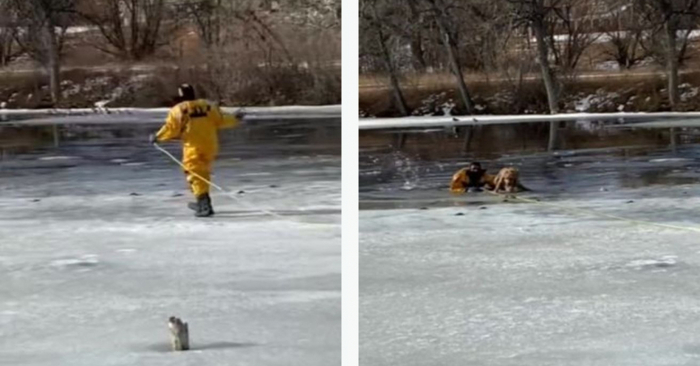 Fortunately, a firefighter came and helped the dog which was on the icy water.

A golden retriever named Watson ended up in an ice-covered pond in Centennial, Colorado after chasing a goose. Luckily, a firefighter came to the rescue.

Walking through the park with the owner, Watson blinked at the presence of a goose. The golden retriever could not resist and ran after him. 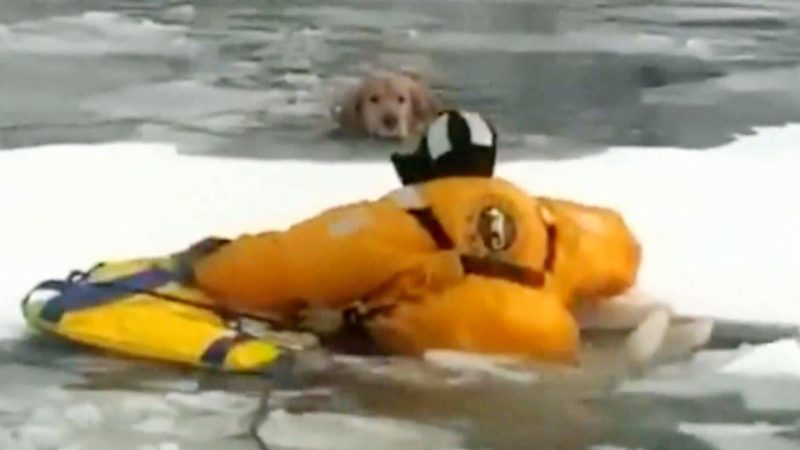 Alas, this pursuit put him in a dangerous position. While chasing the bird, the dog ended up in the frozen water of the pond, Mirror reports.

His companion, who remained on land, immediately contacted emergency services. A firefighter named Armstrong approached him.

Once at the scene of the accident, the firefighter, tied to a safety rope, walked across the thin ice, carefully advancing towards the disappearing animal. 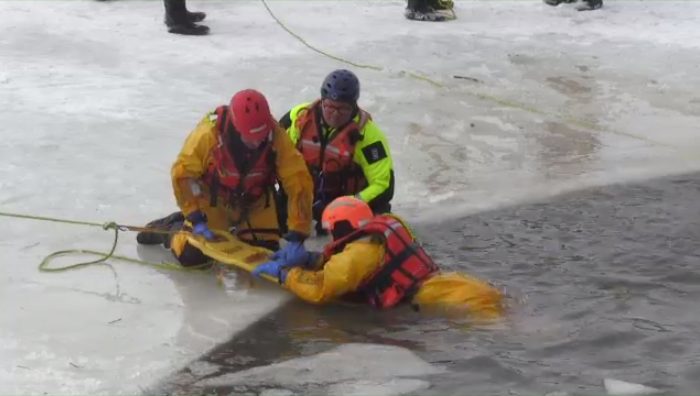 When he was close enough to the hairball, the professional jumped into the cold water and caught him. Armstrong pushed Watson from below, and colleagues on the shore cheered him on.

After several splashes, the golden retriever managed to put all 4 paws on the ground. Wet, he shook himself vigorously, then wagged his tail in the direction of the responding party.

Watson was happy to be rescued but also received a lot of hugs. 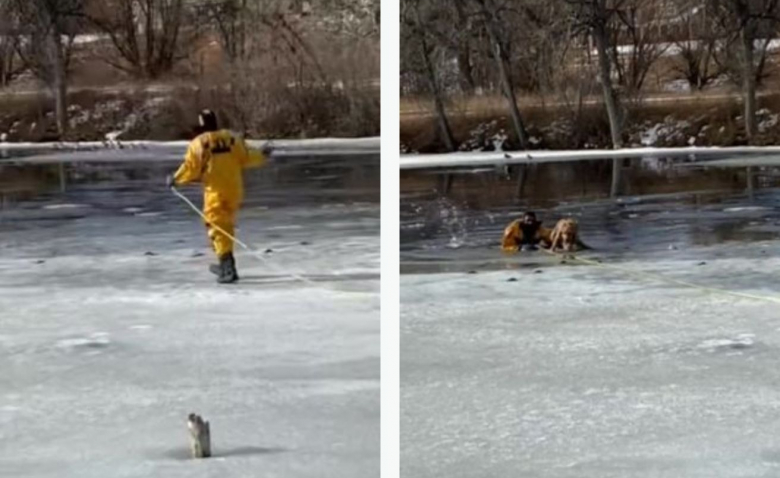 A video of the rescue, which took place around 9:40 am on January 31, 2022, was posted to the South Metro Fire Rescue Twitter account. To date, the post has received over 1,000 likes. As a result of this bravery, the heroic firefighter was showered with praise.