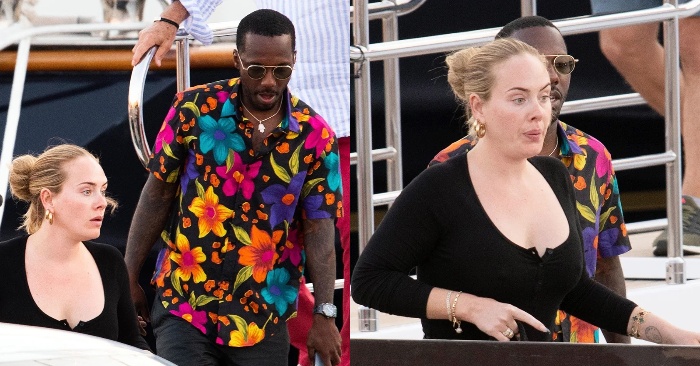 During the holidays, she never did makeup and styling, but she looked amazing.

This summer, 34-year-old Adele with her boyfriend, 40-year-old Rich Paul, and their friends spend on a yacht, traveling through Italy. Last weekend they moored off the coast of Sardinia in Porto Cervo and went to a friendly dinner.

The paparazzi filmed the singer descending from the yacht with her fiancé. She was dressed in a black total bow: a long-sleeved top with a deep neckline, light trousers with a high waist and flip flops, and in her hands was a Balenciaga knitted bag. Adele was without makeup, she collected her hair in a careless bun, revealing a beautiful neck and a clear oval face. A French manicure completed the beauty look, but instead of a white stripe on the tip of the nail, black varnish was used. But the singer’s boyfriend decided to dilute his image by complementing the black shorts with a short-sleeve shirt with a bright floral print.

As usual, Adele was wearing three Van Cleef & Arpels Alhambra bracelets with a four-leaf clover on her wrists, she does not part with them even during the holidays. The singer was also seen with massive rings on the ring fingers of both hands, but the diamond ring, which in February of this year provoked engagement rumors with Paul, was not on her.

Recall that Adele began dating Rich in July 2021 – that’s when they were first seen together during the NBA final game between the Milwaukee Bucks and the Phoenix Suns. And already in November, the singer met with Oprah Winfrey, whom she told how happy she was with Paul and that she didn’t mind expanding her family by giving birth to a child from her beloved. 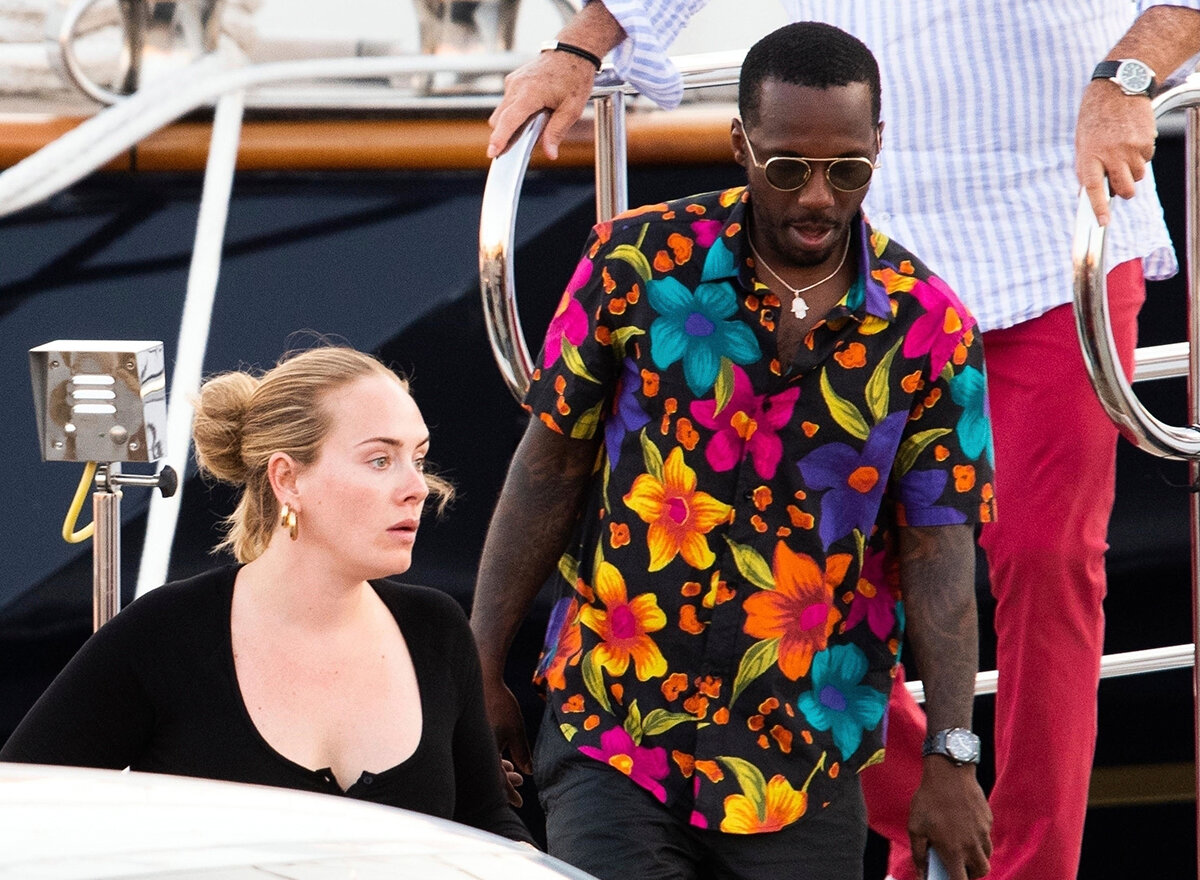 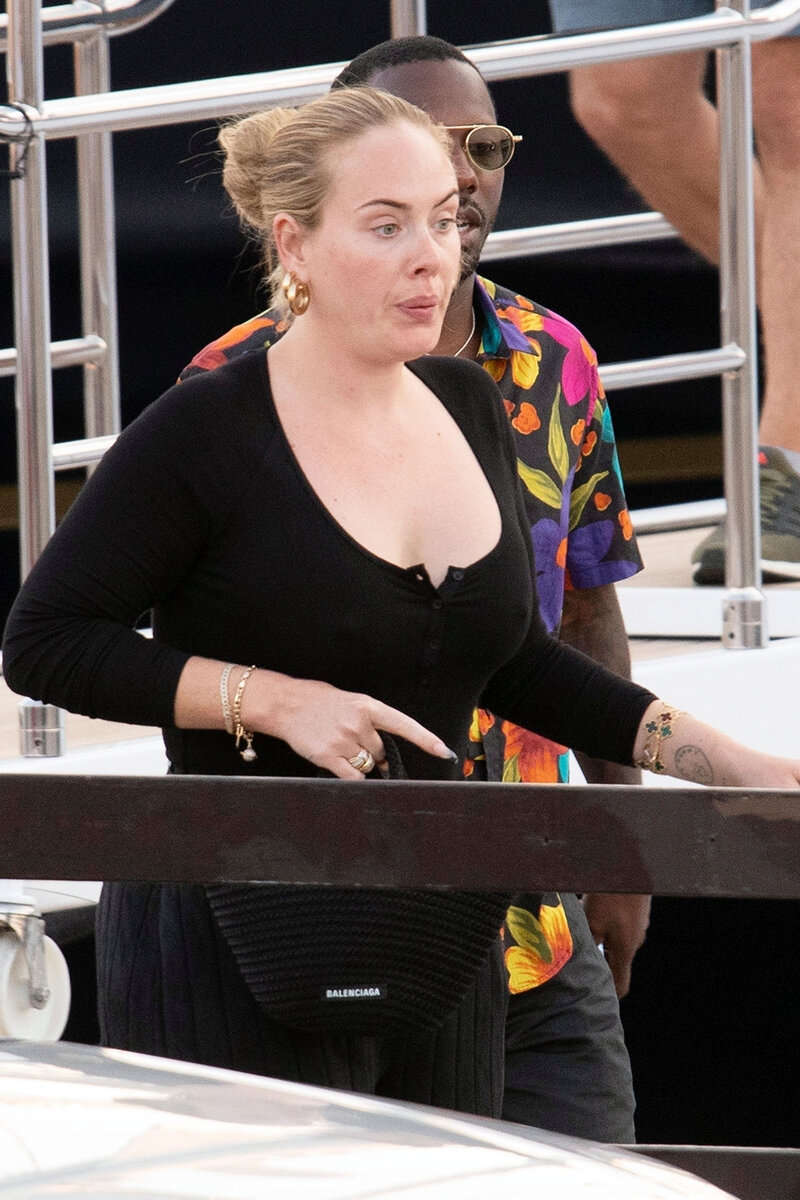 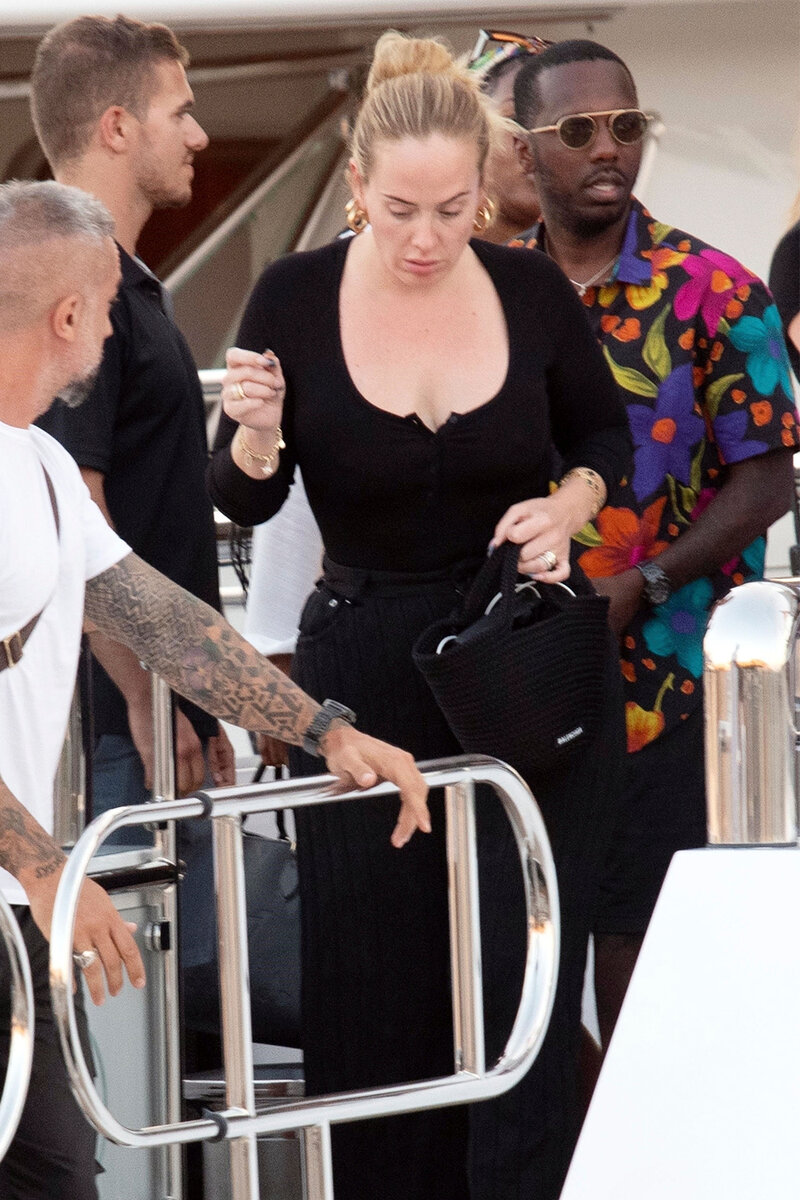 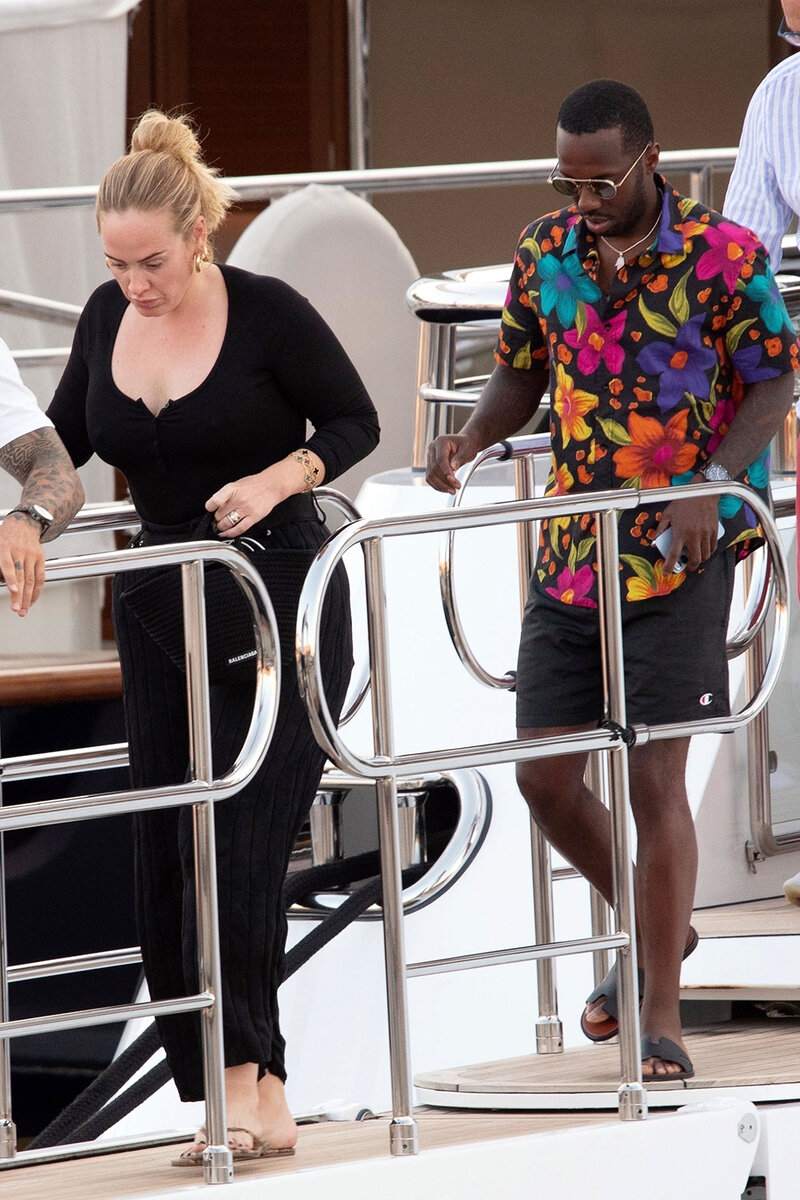